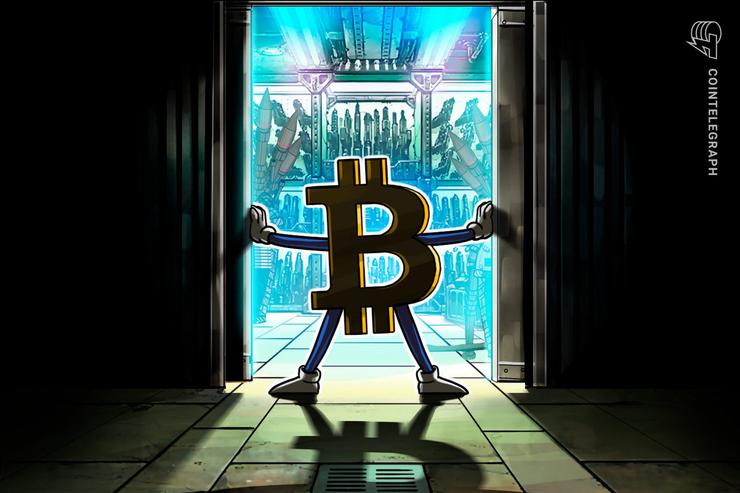 Cryptocurrency investment and infrastructure platform Layer1 has secured $50 million from a number of industry stakeholders in a Series A funding round.

As Fortune reported on Oct. 15, venture capitalist and PayPal co-founder Peter Thiel, early-stage investor Shasta Ventures, along with other industry players committed $50 million to Layer1, which plans to build a wind-powered Bitcoin (BTC) mining facility in West Texas. Layer1 is reportedly planning to vertically integrate its mining operation in the United States.

The place nobody has taken advantage of yet

Commenting on the development, Layer1 co-founder Alexander Liegl pointed out competitive power prices in Texas, further noting that nobody in the mining industry has taken advantage of them, primarily due to the appropriate cooling technology. Liegl continued:

“We expect our chips to be competitive for at least eight years now. You want to have your own chips in hand. We also have our own electricity substations: effectively that’s as close you can get to owning your own power plant.”

Now that the company has raised substantial funds, it intends to allocate them for building of its own power substations and crypto mining machine infrastructure. As part of its plans, Layer1 has also entered a partnership with Chinese semiconductor company to produce its mining chips.

In late December 2018, Layer1 concluded a $2.1 million seed funding round backed by Thiel, crypto-focused venture capital company Digital Currency Group, and American investor and Protégé Partners founder Jeffrey Tarrant, among others. At the time, the company aimed to direct the raised funds to the further development of programmable money and store-of-value applications.

Recent mining developments in the U.S.

Earlier in October, news broke that Chinese crypto mining giant Canaan Creative filed a $200 million initial public offering request with the U.S. regulators in July, will issue 1.26 billion shares which will be closed on Oct. 20. Canaan is one of the three major Chinese crypto mining companies alongside Bitmain and Yibang International.

In the meantime, BCause Mining, a Bitcoin mining operation in Virginia Beach in the U.S., was recently ordered to liquidate its assets and lay off its 27 full-time and four part-time workers.

How to create and launch a cryptocurrency token with TokenMint?
What the fork? Ethereum’s potential forked ETHW token is trading under $100
Why Grammy award-winning rapper Macklemore is making clothes for the golf course
BNB rallies 39% despite smart contract deposits dropping 28% — Should investors be worried?
Metaverse housing bubble bursting? Virtual land prices crash 85% amid waning interest