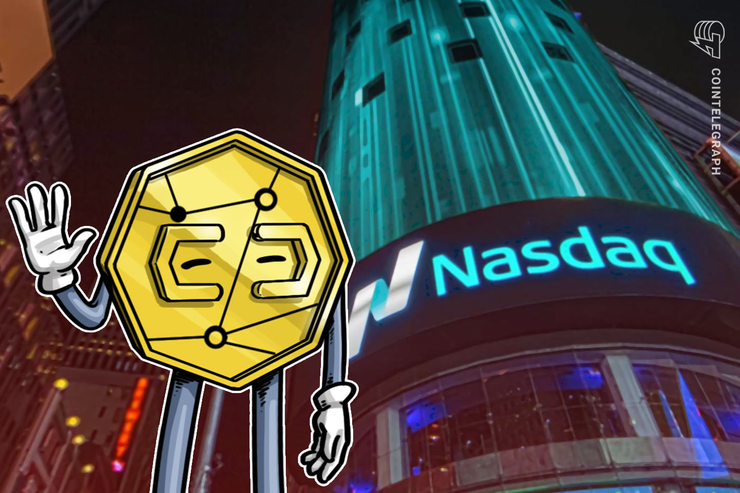 The world’s second-largest stock exchange, Nasdaq, has listed the AI-powered CIX100 index created by crypto data provider CryptoCompare. The news was revealed in a press release shared with Cointelegraph on Oct. 15.

CIX100 is a crypto market benchmark that analyzes uses a neural network algorithm to analyze data for the top 100 cryptocurrencies, taking into account over 200 factors.

Reportedly designed to exclude coins with fake volumes and rankings, the “human-free” tool targets both industry newcomers and professional investors.

According to the press release, the data is derived from the nine largest cryptocurrency exchanges globally and factors in the results of millions of trades alongside news releases and social media data.

Only coins that have consistently made it into the top 200 for at least three consecutive months are included in the index, which is rebalanced monthly.

Cryptoindex CIX100 — which is already listed on Reuters, Bloomberg, and TradingView — has reportedly gained +1100% since its establishment in May 2017. Its AI-based predictions reportedly perform with 82% daily accuracy.

As reported, Nasdaq and CryptoCompare partnered this June to release a cryptocurrency pricing product targeted at institutional investors, which is based on CryptoCompare’s aggregate index datasets.

This summer, Sina Finance —  a finance-focused website owned by China’s major tech company Sina Corp — included a crypto index into its mobile app, without making a formal public announcement on the addition.