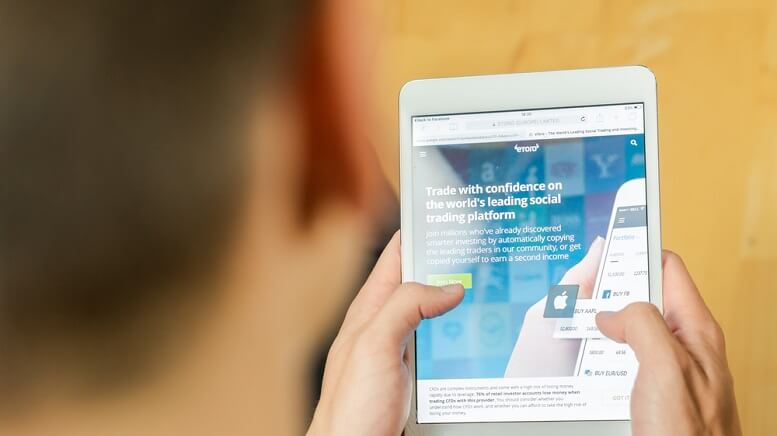 eToro, the Israeli-based brokerage firm, has launched a new portfolio that uses AI to analyze Twitter for the latest social media perceptions of digital assets.

The tool, which is called TheTIE-LongOnly CopyPortfolio, is a collaboration between eToro and cryptocurrency analytics firm The TIE. According to The TIE, the platform’s “proprietary machine learning and language processing models ingest 850 million tweets per day, quantifying the positive and negative tone of conversations on Twitter.” The platform then leverages this data and allocates trades based “on positive sentiment, algorithmically rebalancing once per month.” The system is available to eToro users with a minimum buy-in of $2,000 USD.

Joshua Frank, CEO of The TIE, described Twitter as the center of the crypto universe, given the high level of discourse on the topic that takes place on the social media site. He added that there is no fundamental driving force for the value of cryptocurrencies: “There’s no earnings, there’s no dividends, there’s no revenue.” So without any of the traditional metrics that drive value on the stock markets, Frank argues that investor sentiment is the key driver of crypto value. eToro backtested the tool against two years of tweets and found it would have returned a 281% profit.

The portfolio is comprised of five different assets at the time of launch, including a 47.24% stake in DASH, 23.92% EOS, 21.86% XRP, 5.01% MIOTA, and 1.97% ETC. The portfolio rebalances every month and will also offer support for more prominent coins such as Bitcoin (BTC) and Ethereum (ETH). However, a major challenge facing eToro’s new service is filtering the real content from the fake. Frank said that the high level of fraudulent activity on crypto Twitter has led to 90% of the tweets being filtered out.

eToro has been at the forefront of promoting crypto innovation and adoption. Back in August, the company announced that it had signed advertising deals with seven Premier League clubs, all of which will be paid in cryptocurrency. The deal makes eToro the largest sponsor in the Premier League.

Jeff Ubben speaks with Salesforce CEO as more activists target the software giant
Op-ed: Salesforce appoints ValueAct’s Morfit to its board and a proxy fight may loom ahead
U.S. unemployment system still plagued by delays 3 years after pandemic-era downturn
Cardano recovers from an outage on 50% relay and block-producing nodes
Almost half of Americans think we’re already in a recession. Here’s how to prepare if they’re right