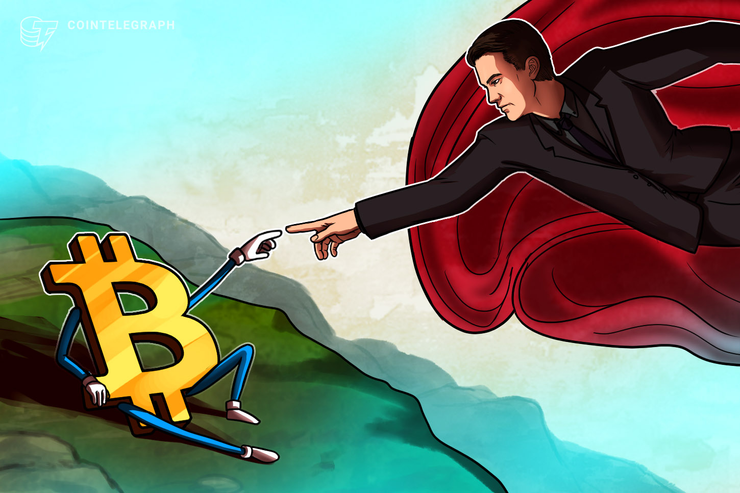 Australian computer scientist and tech entrepreneur Craig Wright has asserted that Satoshi Nakamoto, the author of the Bitcoin (BTC) white paper, plagiarized him.

Speaking at the CC London Investment in Blockchain and AI Forum 2019, which took place from Oct. 14 to Oct. 16, Wright claimed that he was about to reveal the ultimate proof of his authorship of the original Bitcoin code. This will come out, according to Wright, in the form of a thesis he wrote back in 2008.

Wright said that Nakamoto lifted entire sections of the thesis into the Bitcoin white paper. After realizing that he referred to Satoshi in the third-person, Wright said:

Worth noting, Wright has continuously claimed that Satoshi Nakamoto is the alias for the partnership between him and his late business partner Dave Kleiman, the entity entirely responsible for inventing Bitcoin. After Kleiman’s death, Wright began arguing that he is actually Satoshi Nakamoto.

As previously reported, Wright has become one of the most controversial figures in the crypto community, primarily due to his self-proclamation that he is Bitcoin’s original creator. Wright has filed 114 blockchain patents since 2017 and listed two PhDs on his LinkedIn page, including one from Charles Sturt University.

Eventually, Forbes contacted the university and found out that it had not granted Wright any PhDs, although it gave him three master’s degrees in networking and systems administration, management (IT), and information systems security. Wright was, however, awarded with a doctorate degree by Charles Sturt University later in 2017.

Wright and the case of 1 million BTC

Since early 2018, Wright has been a defendant in a lawsuit filed on behalf of the estate of Kleiman, alleging that following Kleiman’s death in 2013, Wright unlawfully appropriated more than a million BTC that the business partners had mined jointly in the early years of the cryptocurrency, as well as some related intellectual property.

In late August, Judge Bruce Reinhart rejected Wright’s testimony, stating that he had perjured himself by providing the court with falsified documents and recommended that he hand over 50% of the over 1 million BTC Kleiman mined with Wright, as well as intellectual property rights associated with Bitcoin’s software.