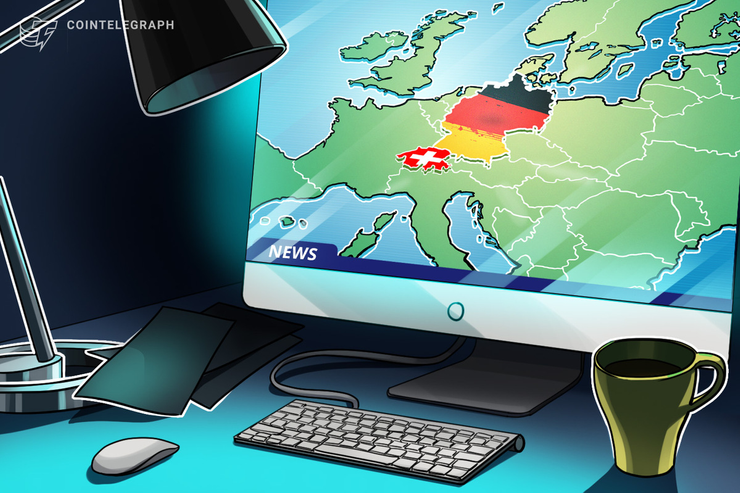 The German-speaking world has seen another week of events in the crypto industry, with a new survey revealing that 27% of Germans are interested in using Facebook’s planned Libra stablecoin, which has been discussed all over the world since its announcement in June 2019. Despite existing criticism of Libra, global regulators do not plan to ban either Facebook’s crypto initiative or other stablecoin projects, the European Central Bank (ECB) director claimed earlier this week.

Here is the past week of crypto and blockchain news in review, as originally reported by Cointelegraph auf Deutsch.

As reported by Cointelegraph auf Deutsch on Oct. 14, Swiss blockchain startup Lykke recently launched a new token designed to track the performance of the top 25 cryptocurrencies by market cap as well as to put bets on falling prices in the crypto market. Dubbed Short LyCI, the new Lykke’s utility token reportedly includes 73% of Bitcoin (BTC), 9.6% of Ether (ETH) and 5.9% of XRP.

Lykke founder Richard Olsen, who is also a co-founder of private financial services firm Oanda, noted that Short LyCI is a simple investment product to manage risks and hedge exposure during downturns on crypto markets.

On Oct. 14, Swiss companies PostFinance and Energie Wasser Bern (EWB) announced the launch of Ormera, a new startup providing a tool for measuring and automatic billing of self-generated electricity. Based on blockchain technology, Ormera’s platform intends to cut administrative costs by supporting effective use of energy generated in decentralized production, EWB said in the announcement.

Bundesbank board member: stablecoins underpin the importance of central banks

As reported on Oct. 16, a board member of the German Bundesbank recently declared that the emergence of stablecoins — cryptocurrencies pegged to fiat currencies to provide a stable value — underpins the importance of central banks. In a speech on Oct. 8 in South Africa, Burkhard Balz claimed that stablecoins benefit from a kind of indirect stability, which could be interpreted as a complement to the successful and stability-oriented monetary policy by central banks.

On Oct. 18, Cointelegraph reported on a new survey showing that 27% of German people are planning to use Facebook’s planned cryptocurrency Libra. Powered by French online survey firm Toluna, the survey shows 73% of German residents have completely rejected Libra, with 42% saying that they do not trust Facebook, while 31% of respondents noted that they only believe in centralized currencies.

Despite existing concerns, global financial regulators are not planning to ban either Facebook’s Libra or other stablecoins, ECB director Benoit Coeure said in an interview on Oct. 17. However, Coeure stressed that such initiatives will have to meet high regulatory standards prescribed by the ECB.