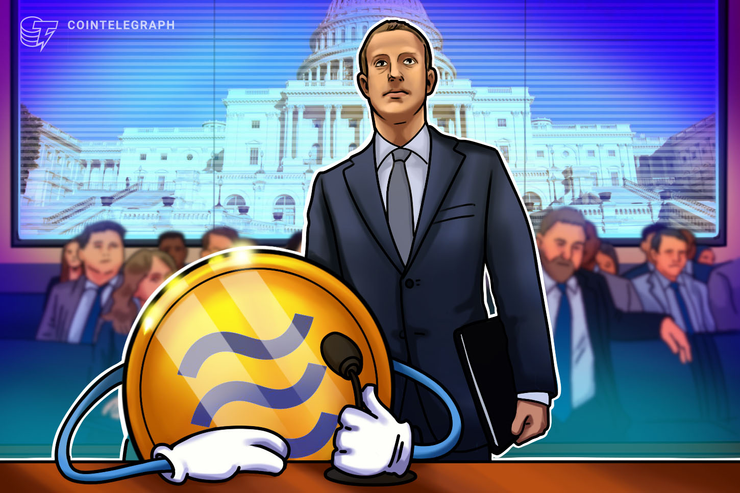 Mark Zuckerberg, the founder of social media giant Facebook, plans to tell United States Congress that Libra will not launch anywhere in the world until U.S. regulators approve it.

Per Zuckerberg’s prepared remarks released on Oct. 22 in advance of planned hearings before the U.S. House Financial Services Committee, the Facebook CEO wants to assuage regulatory concerns over the launch of the coming stablecoin. He said:

“Facebook will not be part of launching the Libra payments system anywhere in the world until US regulators approve.”

Note, however, that this phrasing is not the same as an assurance that Libra will not launch at all.

According to the remarks, Libra will be pegged mostly to U.S. dollars. Zuckerberg further leveraged China’s plans to release a project similar to Libra in the coming months, stressing that it could interfere with America’s financial and technological leadership in the world.

Speaking about Facebook’s access to Calibra wallet users’ financial data, Zuckerberg said that Calibra is a regulated subsidiary of Facebook, which means that there is clear separation between Facebook’s social data and Calibra’s financial data.

“Calibra will not share customers’ account information or financial data with Facebook, except to prevent fraud or criminal activity, when people affirmatively choose to share their data, or when we are legally obligated to do so,” Zuckerberg ensured, adding:

“Payments processed through Facebook’s licensed payments subsidiaries are subject to comprehensive anti-money laundering, counterterrorist financing, and sanctions monitoring that leverage both our automated systems and human review, and we report suspicious payments activity to applicable authorities consistent with our regulatory obligations. We also have policies in place to prevent fraud.”

Zuckerberg further stressed that Libra is not created to replace sovereign currency, but to serve as an online payment system only.

Worth noting is that Zuckerberg said that Facebook does not sell people’s personal information, and does not use and share it with third parties for lending or credit decisions.

“We use information about transactions that happen on our products to improve our services, including advertising. However, we do not use people’s payment account information itself for advertising purposes,” Zuckerberg said.

Last year, Facebook found itself in the crosshairs of regulatory furor when Cambridge Analytica collected Facebook user data for roughly 50 million individuals without permission. Part of the information Facebook collects includes personally identifiable data. Moreover, the company gathers information about others in a user’s network.

FTM price rebounds 50% as Fantom reveals 30 years runway (without having to sell its token)
Margin trading vs. Futures: What are the differences?
Supreme Court likely to rule that Biden student loan plan is illegal, experts say. Here’s what that means for borrowers
U.S.-listed Chinese stocks give up earlier gains as investor digest reopening shift
House approves tentative labor deal to avoid rail strike