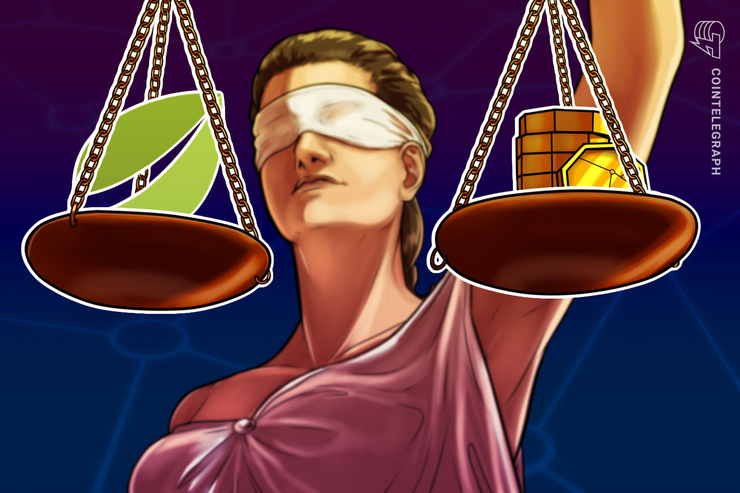 Over the past week, news broke detailing that Oz Yosef, an executive of the mysterious firm Crypto Capital, has been indicted by the United States for conspiracy to commit bank fraud and conspiracy to operate an unlicensed money transfer service.

The news came just days after Crypto Capital’s president, Ivan Manuel Molina Lee, was arrested by Polish authorities on suspicion of laundering roughly $350 million worth of funds from illegal proceeds and having ties to a transnational drug cartel. According to local reports, the arrested was tied to $350 million worth of funds previously seized by the Polish Ministry of Justice from Crypto Capital’s Polish subsidiary, Crypto Sp. z. oo.

On Oct. 25, Stuart Hoegner, general counsel to Bitfinex, issued a statement responding to Lee’s arrest asserting that Bitfinex was the victim of fraud perpetrated by Crypto Capital. The statement also rejected accusations that proceeds from narcotics allegedly laundered by Crypto Capital were associated with the exchange.

Crypto Capital’s partnership with Bitfinex has garnered significant scrutiny in recent months, with the exchange claiming that the liquidity issues had been triggered by an inability to access $880 million worth of its funds that were being held by Crypto Capital.

Last week, Bitfinex filed with a California court to subpoena the former vice president of TCA Bancorp, Rondell Clyde Monroe, with the exchange asserting that Monroe held information relating to its funds held by Crypto Capital.

In the subpoena, Bitfinex alleged that TCA Bancorp provided banking services to Crypto Capital, asserting that the firm had “used one or more accounts held at TCA Bancorp to facilitate the transfer of funds.”

Bitfinex holds that in August 2018, Crypto Capital informed the exchange that approximately $500 million of Bitfinex’s funds were being “held up” by authorities in Poland and Portugal. When pressed to provide evidence of the frozen funds, Bitfinex was issued a reference letter signed by Monroe stating that more than $300 million worth of Bitfinex’s funds were being held with TCA Bancorp by Global Trade Solutions AG, operating as Crypto Capital.

The filing requested the court for permission to accept Monroe’s deposition testimony. Bitfinex believes that Monroe possesses key information relating to the funds that were in the custody of Crypto Capital, with the exchange also seeking to obtain communications between Monroe and Crypto Capital.

Additionally, Bitfinex sought documentation of Monroe’s communications with Yosef and his sister Ravid Yosef, as well as Global Trade Solutions shareholder Reginald Fowler and his son Trent Fowler. Both Reginald Fowler and Ravid Yosef have been indicted by the Department of Justice for alleged bank fraud relating to a cryptocurrency exchange intermediary.

Bitfinex is also the subject of an ongoing investigation by the New York State Office of the Attorney General for failing to disclose that it was unable to access the $880 million in funds and that it had used a loan from sister company Tether to both continue operating and conceal the losses.

Crypto Capital has been in operation since 2013, with Braveno’s Mathias Grønnebæk claiming that Reddit user u/bitfan2013 was the firm’s founder. In May 2013, u/bitfan2013 posted to the r/Bitcoin subreddit, probing the community sentiment regarding a proposed bank that would comprise a means to convert between BTC and fiat currency, in addition to providing services to companies operating in the crypto sector.

The poster asserted that his family and he sat on the board of directors for four “small – medium sized private banks” in Panama. The following week, u/bitfan2013 announced that they had decided to “offer private international banking to bitcoin customers, merchants and traders.”

In June 2013, Crypto Capital (then operating under the name Crypto Financial) launched, and then conducted what it called an initial public offering to raise 30,000 BTC through Panama-based Havelock Investments in August 2013. By 2015, Crypto Capital had attracted several notable exchanges as clients, providing services to Bitfinex and Coinapult, among others.

Bitfinex’s affiliation with Crypto Capital became the subject of scrutiny in 2017, with the exchange directing its customers to deposit funds to accounts held by Crypto Capital subsidiaries following the Wells Fargo termination of banking services to Bitfinex via its Taiwanese partners in March 2017.

Stuart Hoegner, general counsel for Bitfinex and Tether, stated that the exchange expanded the number of accounts held with Crypto Capital throughout 2017 and 2018, as the platform became increasingly reliant on Crypto Capital for the processing of fiat services.

During November 2017, Bitfinex began directing customers to deposit funds into Crypto Sp. z. oo.’s account with Bank Spółdzielczy w Skierniewicach in Poland. The director of both Crypto Capital and Crypto Sp. z. oo. is Ivan Manuel Molina Lee, a Panamanian who appears to have acted as a nominee director for many Panama-based companies.

At the time, an individual posting on the Bitcoin.pl forum claimed to have been questioned by Polish police “regarding the case of Crypto Sp. z. oo.” as a result of having previously received funds from Bitfinex via the intermediary.

Bitfinex denied the alleged ties to the accounts seized and claimed that its operations were “unaffected” by the events. Crypto Capital accounts that had been operated on behalf of the now-defunct website Backpage were also seized in a sex-trafficing bust by authorities in April 2018.

By the third quarter of 2018, accounts held by Global Trade Solutions were used to facilitate fiat transactions for Bitfinex via multiple U.S. banks, including Citibank, HSBC and Enterprise Bank & Trust.

In chat logs documenting communications between Bitfinex executive “Merlin” and Crypto Capital’s “Oz” that were provided to the New York State Office of the Attorney General for its investigations, Bitfinex appears to have desperately sought to access its funds held by Crypto Capital from August 2018 onward.

On Aug. 15, 2018, Merlin stated: “Hey Oz, sorry to bother you every day, is there any way to move at least 100M […] ? We are seeing massive withdrawals and we are not able to face them anymore unless we can transfer some money out of Cryptocapital.”

On Oct. 15, 2018, Merlin pleaded with Crypto Capital to provide Bitfinex with funds, warning that “too many withdrawals” were “waiting for a long time,” and that a failure to respond “could be extremely dangerous for […] the entire crypto community,” adding, “BTC could tank to below 1k if we don’t act quickly.”

On Oct. 17, Merlin stated that Bitfinex “urgently” needed $100 million in “either Tethers or USD” within one week. The next day, Merlin told Crypto Capital: “Too much money is trapped with you and we are currently walking on a very thin crust of ice.”

Crypto Capital’s fallout affected a number of cryptocurrency exchanges. In December 2018, Crypto Capital customer Coinapult announced that it was “experiencing issues” and that “withdrawals may take longer than usual.” The statement was the last made by the company, and it is currently unclear whether or not the exchange is still operational.

The now-defunct QuadrigaCX was also a client of Crypto Capital, with the exchange losing access to $190 million of its customers’ funds. Before the exchange’s collapse, Hanin asserted that the platform’s transactions were not being processed by Crypto Capital due to issues with its Taiwanese banking partner.

In May of this year, Minnesota Vikings’ investor and football entrepreneur Reginald Fowler was charged alongside Global Trade Solutions shareholder Ravid Yosef for operating an unlicensed money transmitting business on behalf of cryptocurrency exchanges.

According to the indictment, Fowler and Yosef have access to $345 million held in various international bank accounts, including accounts owned by Global Trade Solutions. Crypto Capital had also processed transfers on behalf of Bitfinex using Portuguese companies co-owned by Fowler in February 2018.

Top Wall Street analysts find these stocks compelling
Tax credits vs. tax deductions: How they differ, and what to know before you file
Tiffany Fong flames Celsius, FTX and NY Post: Hall of Flame
Apple sales drop 5% in largest quarterly revenue decline since 2016
AMD beats on sales and profit but warns of a 10% revenue decline in Q1