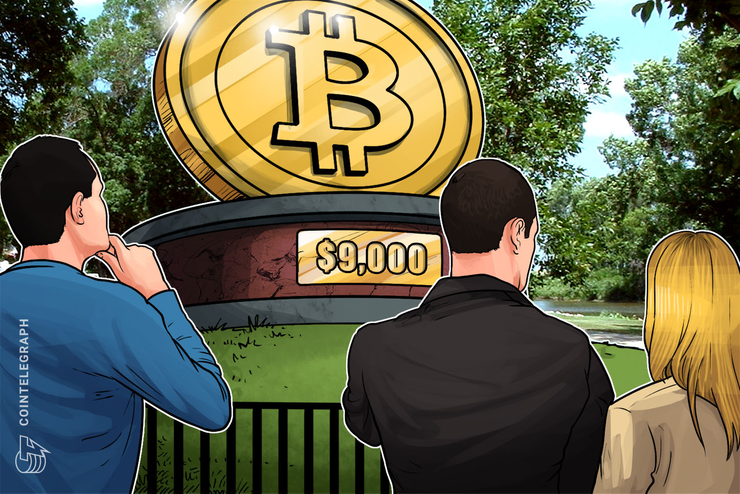 Bitcoin price (BTC) was drifting towards $9,000 on Oct. 30 as the momentum behind its recent bull run appeared to wane.

Data from Coin360 showed BTC/USD down around 3.2% on Wednesday, having spent the previous day circling $9,500.

Those levels ultimately saw rejection, with Bitcoin preparing to challenge support at $9,000 at press time. On the week, BTC/USD was still up 15%.

Concentrating on the short term, one analyst meanwhile dismissed the idea that Bitcoin coming off its recent highs was a bearish sign.

According to market analyst filbfilb, an upcoming technical signal based on moving averages (MA) suggested that overall, markets remained in a bullish mood.

“Sure the 50/200 DMA $btc death cross is getting everyone super bearish but End of Nov/ Start of Dec the 50/100 WMA is due to cross which is far more significant,” he told Twitter followers in a fresh update.

Filbfilb added that Bitcoin’s performance was going “according to plan,” referencing his yearly outlook from July, in which he forecast a range between $7,500 and $10,000 until May 2020.

As Cointelegraph reported, broad consensus calls for Bitcoin to increase significantly after that time, which marks the next block reward halving for miners.

Altcoins meanwhile also began reacting to the lack of upward motion in Bitcoin, coming off previous levels to deliver daily losses of up to 3%.

Faring worse in the top twenty was Monero (XMR), which saw 5.3% shaved off its price on Wednesday.

The overall cryptocurrency market cap was $247 billion, with Bitcoin’s share at 67.2%.