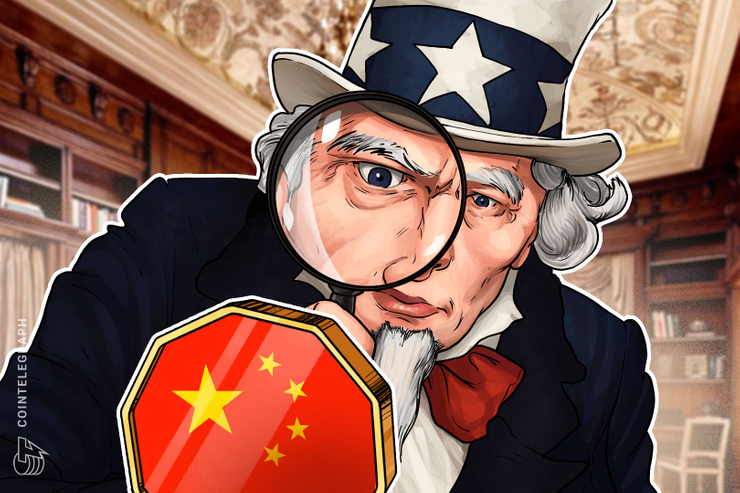 Fintech and regulation experts have said the United States needs to wake up to China’s proactive pursuit of a central bank digital currency.

A Fortune report published on Nov. 1 pointed to the fact that digital currency looks poised to play an increasingly important role in the standoff between the two superpowers.

As Mike Wasyl — managing partner at DeerCreek, a fintech-focused corporate strategy firm that works across Asia-Pacific and the U.S. — told Fortune:

“China is making these very large macro plays. They want to maintain control and be seen as leaders and so adopting blockchain and being public about it, as we saw recently, is going to stir a lot of interest.”

Duncan Wong, chief executive of Hong Kong-based startup CryptoBLK, ventured that the recent endorsement of blockchain innovation by Chinese President Xi is likely to accelerate the rollout of the People’s Bank of China (PBoC)’s plan to launch a central bank digital currency (CBDC).

As Wasyl noted, China’s race to launch its CBDC first is likely to send a signal to global competitors that this is “the new paradigm.”

The country already has a vast digital payment ecosystem, with Tencent’s WeChat Pay counting over a billion users and Alibaba’s Alipay 1.2 billion.

U.S. trying to regulate its way to innovation

Li Chen, a researcher at the Chinese University of Hong Kong whose work focuses on China’s financial development and government regulation, told Fortune underscored that the country’s approach to digital currency and blockchain bifurcates between encouragement and caution.

The country is notoriously opposed to decentralized cryptocurrencies such as Bitcoin and pursued a historic blanket criminalization of initial coin offerings (ICOs) alongside a crypto exchange crackdown back in 2017.

Yet when it comes to blockchain innovation in the industrial — and particularly financial — sectors, Li argued that advancements in CBDC development have taken place within the “relatively permissive attitude of China’s financial regulators and central bank”:

“I think it’s fair to say China’s fintech revolution […] would not achieve what it is now without the overall more permissive attitude of Chinese government regulations.”

Insofar as [developers] “remain in these parameters set by the state in terms of the direction of innovation,” he said he expected to see accelerated blockchain implementation in China.

But contrast, Wasyl argued that the U.S. is stuck trying to “regulate [its] way to innovation.”

A U.S. CBDC is “an inevitability,” he said, and the government should be capitalizing on the interest sparked by Facebook’s Libra to open up a larger conversation about the country’s currency future.

Once digital currency gains traction, he stressed, “it’ll be gradually, and then all at once.”

The experts remained unanimous in considering that for the time being, China’s CBDC is not likely to pose a threat to U.S. dollar hegemony, but warned that the U.S. needs to cut blockchain firms “a little more slack to allow some exploration” if it is to stay ahead in the game.

This summer, the former PBoC governor characterized Libra as being “inseparable from the global dollarization trend,” stressing the imperative for China to maintain a strong monetary status.