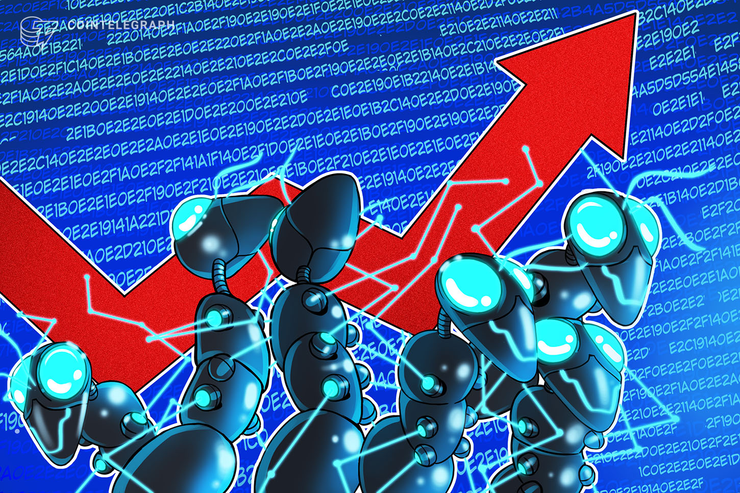 A central bank’s role is to manage a nation’s currency, money supply and interest rates. The United States did not have a central bank until 1913, when Woodrow Wilson signed the Federal Reserve Act into law. Since then, the Federal Reserve has been accountable for the elasticity of the U.S. economy through the expansion and contraction of liquidity in the form of credit and new fiat money supply. Retail and institutional banks abide by the Fed’s stringent economic rules, which in turn trickle down to affect the daily lives of entrepreneurs, corporations, investors, markets and the consumer.

Today, the U.S. and most first-world economies are in the precarious position of tightening liquidity as a direct result of overstimulation. It has become commonplace to read about instability in the overnight “repo markets” and leading to the new form of quantitative easing. These are signs that the current financial system is starting to break down again, but unlike 2007, there is an entirely new industry built around the security, liquidity and stability of our money.

Market repurchase agreement operations, also known as “repo markets,” have made national major media headlines over the last few months, including from Bloomberg, Financial Times, Business Insider — just to name a few among the dozens. But what exactly are “repo markets”?

In short, repo lending is a way for the Fed to expand credit within the banking system. Repo interest rates are the interest rates that banks charge each other for borrowing cash. Typically, they follow the Fed’s overnight lending rates. However, we have started to see repo rates spike upward, pointing to an indication of supply issues from banks issuing short-term cash to other banks and an increasing demand from banks and corporations that need short-term cash.

In 2007, we saw first-hand that when liquidity dries up, banks fail, markets fall, unemployment grows and economic output contracts. Since then, the Fed has been filling the banking liquidity gap by printing dollars under the name of “quantitative easing.” After ten years of providing the markets with easy money, the Fed reversed course in 2018, raising interest rates and selling bonds to clean up their balance sheet. Cutting off the supply of free money combined with raising rates has sent banks scrambling for liquidity, thus jolting the markets several times over the last twelve months.

In June, the Fed changed course yet again, ending balance sheet cuts and decreasing interest rates. In September, we got our first glimpse into the consequences of overstimulating the money supply for 10 years then trying to get back to normalization. Although we couldn’t see which banks were the culprits, several banks showed their cards as the interbank lending rates rose well above the Fed’s set interest rates.

In an economy that was backed by free money and debt, a shortage of credit and dollars can quickly escalate into a serious problem. With interest rates already near zero, it is difficult to see what tools the Fed will use when things become dire.

The introduction of Bitcoin

For many early crypto enthusiasts, Bitcoin (BTC) offered a new type of money detached from the existing dysfunctional system. Bitcoin arrived 10 years ago in 2009 and presented itself as a new, asymmetric, uncorrelated asset class that was an alternative to mainstream finance. Its value was derived from a global network of distributed contributors collaborating through the mining of new coins while simultaneously securing the network.

Throughout the 2010s, the ecosystem evolved beyond just the individual sovereign ownership of money and into the introduction of programmatic intermediaries like smart contracts, which further removed unnecessary human intervention. Bitcoin and Ethereum — and the new technologies they brought to life — have demonstrated the beginnings of what international cooperation can look like if we remove superfluous centralized layers in our economic systems that add friction and are quickly proving to be functionally obsolete.

There is a necessary balance to strike as we transfer from the flawed financial system of today to the more technological, decentralized system underpinned by blockchain. We’ve experienced the flaws of pure centralization via “quantitative easing,” but to make the assumption that pure decentralization would provide a utopian solution for global finance is a fallacy.

Decentralized technologies provide tools to reduce costs and add efficiencies where existing technologies cannot, but there are elements of the existing system including people, corporations and governments that are essential to making the new system work.

Bitcoin has led to an entire group of blockchains, including the XRP Ledger, Ethereum, EOS, Tezos, Cardono and others, each with their own specific use cases and governance. One thing that is common between them is an infrastructure for new financial tools to be built around payments, lending, stabilized currencies, tokenization and decentralized exchanges. Two blockchains in particular, Ethereum and the XRP Ledger, have applications being built on top of them that provide tools to lessen the impacts of another global financial crisis.

Ethereum could be best defined as a world-wide computer that is formed by an infinite number of computers talking to each other. It offers the advantage of global applications, running exactly how they were programmed and without the risk of tampering by individuals, governments or financial institutions. In an era of endless fiat printing, establishing a reliable, stable currency that people can use in everyday commerce will become pivotal as we begin to witness the effects created by central banks.

One project being built on top of Ethereum that is focusing on currency stabilization is the creator of the Dai stablecoin (DAI), MakerDAO — a type of decentralized autonomous organization managed solely by smart contracts and code rather than human managers. The concept of DAI is fairly straightforward: It’s a token like Bitcoin and Ether; however, it’s designed to have little to no volatility. To start, DAI is trying to be stable relative to the U.S. dollar — a big step in the digital world, as most cryptocurrencies are volatile. This paves the way for consumers around the world to transact without concerns of fluctuating value in their currency. Over time, DAI and other stablecoins can diversify in order to hedge against falling fiat currencies and start to peg themselves to fixed assets like gold or other commodities.

Creating a stable currency today is already important in places like Argentina, where the national currency depreciated 51% against the U.S. dollar in 2018 alone. When these same effects hit currencies like the U.S. dollar, having a stable consumer currency will become instrumental.

In order for digital consumer currencies to work, banks need to transition their infrastructure in order to accommodate this new ecosystem. This will not happen overnight and there will have to be a transition period between the current system and the new one being developed.

An example of a company upgrading an entire industry for the benefit of businesses and consumers and positioning themselves perfectly to fill the coming liquidity crisis is Ripple. True to its slogan — “Instantly move money to all corners of the world” — Ripple is a real-time gross settlement system, currency exchange and remittance network.

There are many inefficiencies in cross-border transactions between banks today. Slow transactions and high fees are a direct result of the fragmentation that exists between disparate entities. Try to wire a friend or family member money abroad, and you will quickly witness firsthand the frustrations with this outdated technology.

It’s important to note that the company Ripple is different from the crypto currency XRP — the digital asset on the XRP ledger. The digital asset and the ledger were formed before the company but do share common founders. Although the company uses XRP for liquidity purposes, they do not control the currency or ledger.

Ripple sells RippleNet, an enterprise solution for banks and institutions around the world. RippleNet consolidates the existing community of banks into a single network that provides real-time, liquid and low cost transactions. RippleNet is a payments network based on blockchain technology, with over 200 banks and payment providers worldwide and consisting of three main products: xCurrent, On-Demand Liquidity (formerly xRapid), and xVia; each serving a specific role.

xVia provides one method for banks and corporations to send out global payments instantly, while xCurrent provides an instantaneous settlement layer between these banks. On-Demand Liquidity provides the liquid layer between institutions so they can reduce the paper currency they are required to keep on hand. More on this shortly.

The repo markets showed the first signs of a liquidity shortage in 2007. As we once again see these signs resurfacing, On-Demand Liquidity could be the solution we didn’t have in the late 2000s.

How does On-Demand Liquidity work?

Basel III changed the regulatory landscape of how tier 1 capital ratio is calculated. Before the 2007 crisis, regulators could trust that banks had enough liquidity to remain solvent; however, following the financial crisis and failure of several banks like Lehman, that ceased to be the case. The new regulations mandated banks to hold pre-funded accounts, or existing pools of liquidity, to move paper currencies between banks in disparate countries.

For example, Bank X in the U.S. and Bank Y in Mexico must now hold a percentage of their deposits in either U.S. dollars or Mexican pesos in order to move currencies between one another. This requirement ties up billions of dollars in working capital and is an inefficient solution to ensure liquidity.

xCurrent puts a temporary blockchain between Bank X and Bank Y. When Bank Y wants to receive U.S. dollars from Bank X, rather than Bank X having to hold those dollars on reserve at Bank Y to ensure proper liquidity, they can sell dollars for XRP. The XRP can be sent to Bank Y, who can then sell it in exchange for U.S. dollars. Both banks can maintain full control of their reserves, bringing that working capital back to their individual institution.

As we watch for more signs of a global liquidity shortfall, companies like Ripple will be worth keeping a close eye on. The current system is showing its age, but this time, we have new tools to help us avoid the pitfalls of the last crisis while providing the infrastructure for a productive and healthy financial future.

The views, thoughts and opinions expressed here are the author’s alone and do not necessarily reflect or represent the views and opinions of Cointelegraph.

Stephen King, a commercial real estate veteran and next generation innovator, is the founder and president of Imbrex, the first property marketplace to syndicate on the Ethereum blockchain. Prior to launching Imbrex, he served as principal at King Interests, a full-service real estate firm based in Princeton, New Jersey. Stephen has launched several technology-related startups in the real estate space throughout his career and began participating in the blockchain community in 2013.