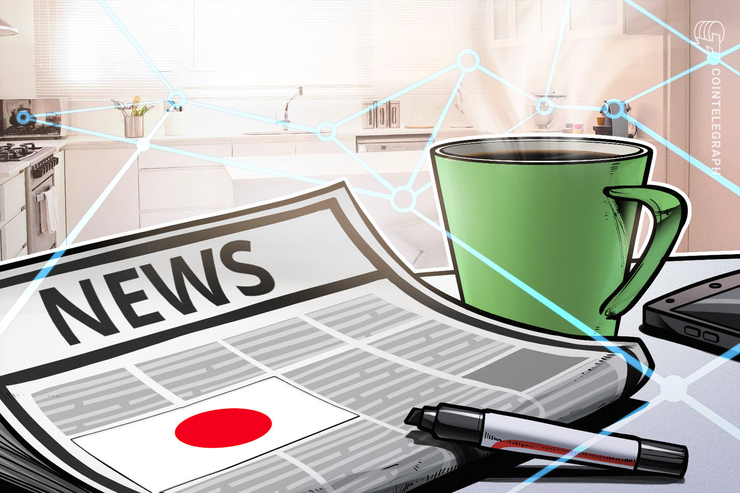 In this week’s selected cryptocurrency- and blockchain-related news from Cointelegraph Japan, the Japanese financial regulator solidifies its policy of banning trusts that invest in crypto, more than 20 companies launch a consortium that aims to raise funds with security tokens, and Coincheck starts its automated cryptocurrency accumulation service, while it denies having had any previous knowledge about Stellar Lumens’ 55 billion token burn.

Here is the past week of cryptocurrency and blockchain news in review, as originally reported by Cointelegraph Japan.

The Japanese financial regulator, the Financial Services Agency (FSA), has solidified its policy of banning investment trusts that invest in cryptocurrencies. At the end of September the FSA announced a draft guideline, in which it stated that the composition and sale of investment trusts that invest in cryptocurrencies are “not appropriate”. Although the supervisory guideline is not a law, the FSA reportedly intends to restrict excessive funds from flowing into cryptocurrencies, aiming to “regulate before commercialization.”

Meanwhile, Kenji Fujimaki, a former member of the House of Councilors and economic critic, said that the cryptocurrency industry’s call for a change from comprehensive taxation of 55% to separate taxation of 20% is not necessarily delayed. He added that in case the FSA is willing to promote the development of cryptocurrencies, instead of banning monetary investment trusts, he would like to request the FSA to reform the national tax system itself.

More than 20 companies including Mitsubishi UFJ Financial Group, NTT, KDDI and the Mitsubishi Corporation have launched a consortium that aims to raise funds with security tokens.

The Mitsubishi UFJ will take the lead in building the platform for trading real estate, corporate bonds and intellectual property as digital securities, while blockchain development company LayerX will provide technical support.

The new blockchain-based platform, called Progmat, will handle various financial products. By using smart contracts, it will reportedly be possible to exchange tokens without going through a third party, aiming to automate the transfer of securities rights and settlement of funds.

The move is further aimed at developing rules for security tokens following the enforcement of the revised Financial Instruments and Exchange Act next spring. Mitsubishi UFJ intends to launch the trading platform in 2020, which will allow individuals and institutional investors to participate.

Cointelegraph Japan reported on Nov. 8 that Coincheck has denied any link between Stellar Lumens’ massive token burn conducted by the Stellar Development Foundation and Coincheck’s announcement that the exchange is about to list Stellar (XLM).

There has been a great deal of speculation that the Japanese crypto exchange Coincheck was aware of Stellar’s 55 billion XLM token burn at the time they announced the XLM listing on its exchange. However, Coincheck has now formally denied that they had any previous knowledge of the event.