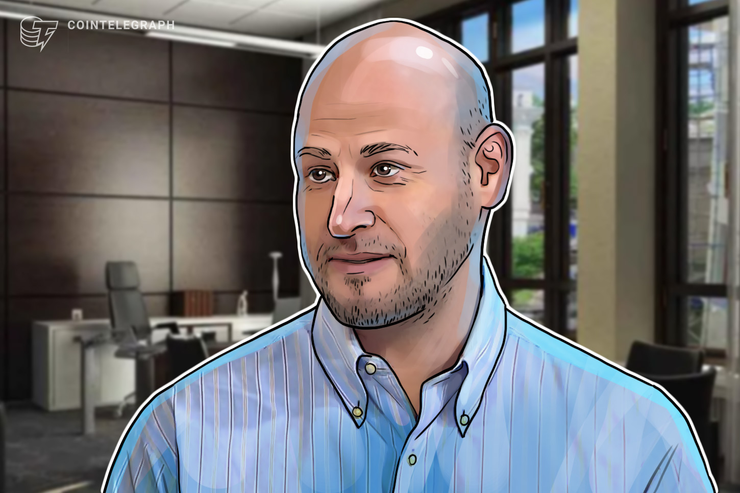 Ethereum is “a very positive virus”

Lubin made his remarks during an interview with Forbes published on Nov. 9. He explained:

Furthermore, Lubin added that he would like to see more participation from China in the Ethereum ecosystem. He cited the case of the Belt and Road blockchain-based commerce platform, noting that it uses one of the “weaker technologies” compared to public blockchains like Ethereum. He said:

“I would love to help China get expert in Ethereum technology. […] The main idea is that Ethereum is the strongest of the blockchain technologies and it’s a very positive virus to implant in people’s minds.”

Lubin also noted that he expects that China will continue to undermine the U.S. dollar’s status as the world reserve currency. But he also believes that China’s CBCD will only have a minor impact in this regard. He pointed out that Russia and China are making efforts to conduct business without using the U.S. dollar and concluded:

“There are lots of reasons why American influence is shrinking and will probably continue to shrink. That may not be a bad thing but in some ways, it’ll be a bad thing. China’s particular cryptocurrency I don’t think is a major factor.”

China can censor crypto “if it wants to”

Lubin also addressed China’s willingness to obstruct access to digital currencies competing with its own, including Ether (ETH). He explained that the government’s ability to impede access to Ethereum in China depends on progress in deep packet inspection and how motivated the nation is to this end.

In the end, he admits that the Chinese government “can do it if it wants to.” Still, new technologies such as satellite-blockchain streaming and mesh networking could provide a way to circumvent censorship.

When asked whether he believes China’s CBDC implementation could subvert blockchain’s benefits or abuse blockchain’s transparency to monitor and control every citizen’s transactions, Lubin said:

“China is a business that writes its own rules and has an enormous customer base — 1.4 billion people. That’s a tough economic force to compete with. I do think there’s an instability. I think leaders are constantly terrified of revolution, so they have to keep the people relatively happy at some baseline level.”

Canada crypto regulation: Bitcoin ETFs, strict licensing and a digital dollar
Delta is making it harder to get into its airport lounges after they were flooded by travelers
Tokenized government bonds free up liquidity in traditional financial systems
A US Senate hearing will discuss FTX, New York bans proof-of-work and FTX evaluates its assets: Hodler’s Digest, Nov. 20-26
Over 10 years, 43% of first marriages can fail. Here’s why couples might want a postnuptial agreement