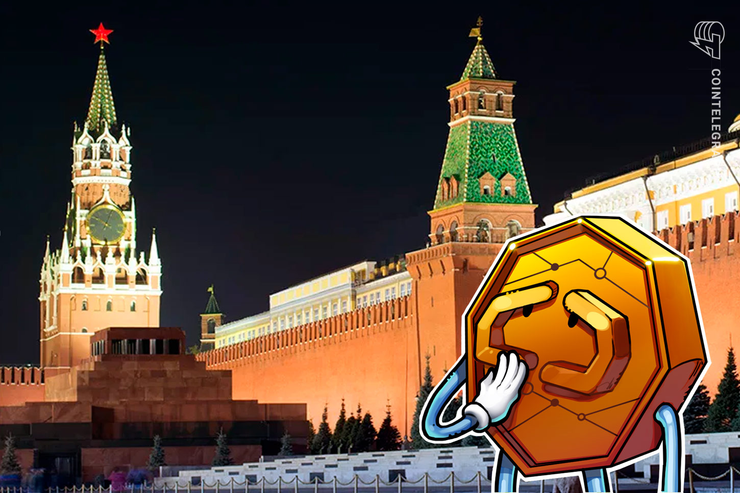 $450 million worth of lost cryptocurrency from the now-defunct cryptocurrency exchange WEX may have been transferred to a fund belonging to Russian intelligence agency the Federal Security Bureau (FSB), according to an investigation by the BBC’s Russian Service published on Nov. 15.

The BBC’s recent investigation into the BTC-e crypto exchange case, in which co-founder Alexander Vinnik stands accused of fraud and laundering as much as $4 billion in Bitcoin (BTC) over the course of six years, has revealed new details which allegedly connect lost customer funds to the FSB.

Demands to hand over crypto assets to the FSB

The BBC retrieved audio files that allegedly connect a person named Anton — supposedly former FSB officer Anton Nemkin — with Aleksey Bilyuchenko, a co-founder of BTC-e, and Konstantin Malofeyev, who was purportedly behind the sale of WEX, a spin-off of troubled BTC-e.

During a business meeting in 2018, Anton allegedly requested that Bilyuchenko hand the cold wallets containing crypto assets of WEX over to him. Following the purported handover, Bilyuchenko was delivered to an FSB department in Moscow, where several plainclothes officers questioned him about WEX operations.

The following day, Anton allegedly demanded that Bilyuchenko passed on all cryptocurrency stored in WEX’s wallets, stating that the assets will be given to the “fund of FSB of Russia.” At the time, the wallets contained $450 million worth cryptocurrency, part of which belonged to the exchange’s customers.

Bilyuchenko eventually agreed to transfer the aforementioned amount. The data from Blockchain.com and Explorer.Litecoin.net indicated that 30,000 BTC and 700,000 Litecoins (LTC) were transferred from the aforementioned wallets — equivalent to $350 million at the time.

Other allegations against associated parties

In July, Dmitri Vasilyev, former CEO of WEX, was arrested in Italy. In April 2019, Vasilyev became the subject of a criminal investigation by the police department in Kazakh city Almaty, as the alleged suspect was charged with defrauding a local investor in the amount of $20,000 through WEX exchange.

That same month, United States prosecutors filed a complaint against BTC-e and Vinnik. Per the filing, the Financial Crimes Enforcement Network (FinCEN) determined civil penalties for BTC-e and Vinnik last year, who face fines of over $88 million and $12 million, respectively.

The filing stated outright that BTC-e and Vinnik had not attempted to register with FinCEN, implement Anti-Money Laundering practices, or report suspicious activity generally.

Russia’s Sberbank plans to launch DeFi platform on Ethereum
Ferrari’s profits jump 13% in 2022, supercar maker expects an even better year in 2023
Biden administration expands EV tax credits in boost for Tesla, Cadillac, others
Bitcoin bulls plan to flip $23K to support by aiming to win this week’s $1B options expiry
Whale Alert Discovers Large XRP Moves – What Does It Mean?