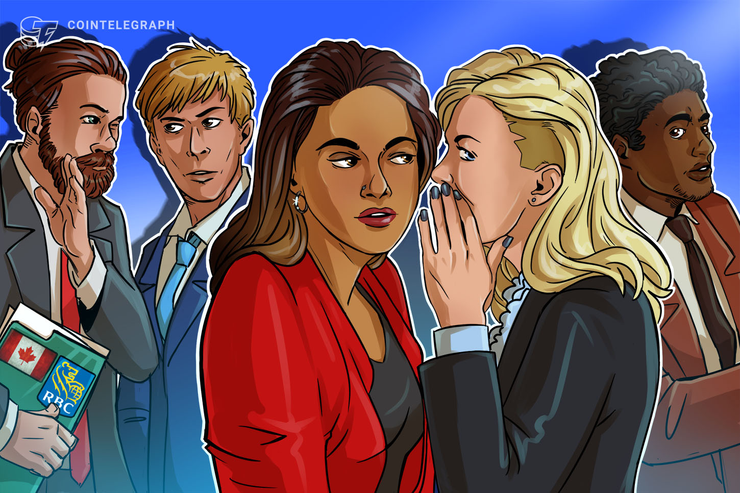 The Royal Bank of Canada (RBC) — the largest bank in Canada with $499 billion in assets under management — will not launch its own digital currency trading platform, contrary to previously published news.

Last week, rumors that the RBC was exploring the possibility of launching its own cryptocurrency exchange began circulating the internet on a range of finance and economics-focused publications.

At the time, it was reported that the trading platform would “facilitate buying and selling of individual digital coins, including Bitcoin (BTC) and Ether (ETH), as well as the transfer of funds combining different types of cryptocurrencies.”

No near-term plans to launch a crypto exchange

However, the RBC eventually denied the rumors about it launching a digital currency trading platform. The RBC told Cointelegraph that “recent media articles have commented on certain patent applications made by RBC in relation to blockchain technology, and speculated on the applications of these patents.”

“As part of the innovation and discovery process, RBC, like many other organizations, files patent applications to ensure proprietary ideas and concepts are protected.”

Earlier in November, news broke that the Central Bank of Tunisia (BCT) announced the start of digitization of the Tunisian dinar. The BCT subsequently denied the reports, clarifying that it was exploring various methods of digital payment alternatives, including a possible central bank digital currency, but it had not moved forward with its implementation.

In China, the People’s Bank of China announced that it will use a new system to certify 11 types of fintech hardware and software products relating to digital payments. The PBoC stated that, in order to obtain a corresponding certificate from the central bank, applicants will have to pass a prototype examination as well as on-site inspections.

Polkadot ‘cup and handle’ setup sees DOT price 50% higher by September
A ‘shakeout’ among mortgage lenders is coming, according to CEO of bank that left the business
Why creating a horror movie haven on Netflix may be a smart move for the streaming giant
Nomad refutes claims of ignoring bugs, establishes a new address to return funds
Rent prices are soaring in these 5 U.S. metros. Here’s what to know before moving to a cheaper area