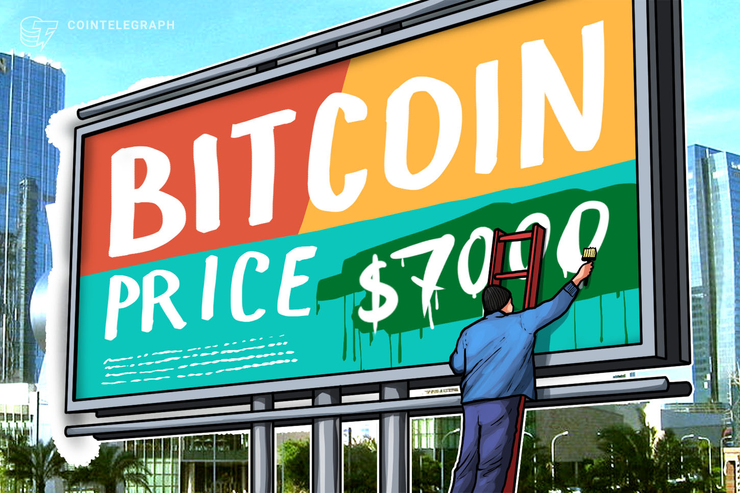 Data from Coin360 showed BTC/USD finally reentering the $7,000 range on Thursday, marking its lowest since the last week of October. $7,880 was met by an immediate bounce to $7,940.

Continuing the forecast, fellow contributor filbfilb highlighted even lower levels — $6,500 or the pivotal profitability price for miners — as the ultimate floor if bearish sentiment continued. Before that, the 100-week moving average (WMA) at $7,520 could provide further support.

As Cointelegraph reported, $6,500 is considered by many commentators as the lowest possible Bitcoin price under current conditions.

On Monday, statistician Willy Woo forecast that current Bitcoin price behavior would remain “unique” compared to previous cycles in its history. Specifically, BTC/USD would approach its 2020 block reward halving on bearish sentiment. In 2012 and 2016, halvings followed at least six months of bullish progress.

Woo additionally predicted that volatility would remain a feature for Bitcoin in the coming months.

Some borrowers may qualify for a student loan interest deduction, despite payment pause
Snap shares plunge on weak revenue as digital ad struggles continue
Tax credits vs. tax deductions: How they differ, and what to know before you file
Ethereum staking withdrawal testnet Zhejiang to go online Feb. 1
GM smashes expectations and guides toward a strong 2023, despite margin squeeze