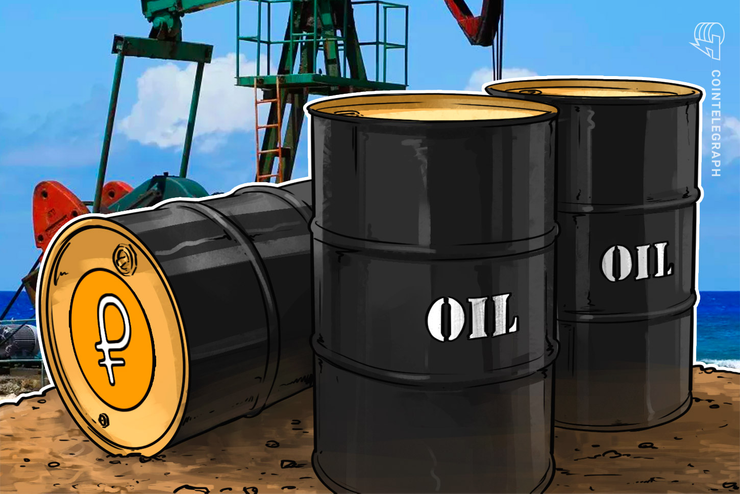 Venezuela plans to back its national oil-pegged cryptocurrency, the Petro (PTR), with 30 million barrels of crude oil. Venezuelan President Nicolas Maduro announced that the oil inventories are sitting in the country’s storage tanks and are ready for immediate commercialization to serve as a “liquid, physical, material backing” for the Petro.

The president announced the news on Nov. 20 on state television, according to a Reuters report. In the announcement, Maduro called the Petro a “sovereign Venezuelan crypto asset.”

While Maduro has not provided any details on how the sale of oil inventories would work in order to back the Petro so far, another Reuters report said that the Venezuelan government initially planned to back the cryptocurrency with five billion barrels of oil.

According to the report, the sharp decline in the quantity of the Petro’s backing was caused by United States sanctions on Venezuelan state-owned oil company PDVSA. The firm allegedly reduced crude extraction in 2019 due to said sanctions.

The Petro is widely promoted at home

The news comes amidst a new wave of Petro promotion by the local government. On Nov. 17, Maduro announced that Venezuelan retirees and pensioners will get their Christmas bonus in the Petro. Similar initiatives have already happened before as Venezuela reportedly automatically converted pensioners’ monthly bonus into the Petro in late 2018.

Launched in February 2018, the Petro became the world’s first national oil-baked cryptocurrency. The coin is purportedly designed to attract foreign investment as well as avoid sanctions by the U.S. government. Prior to launching the Petro, Maduro ordered the issue of 100 million Petros with the value of a single barrel of oil each in January 2017.

Despite Maduro ordering the country’s major bank, Banco de Venezuela, to start accepting PTR in July 2019, the cryptocurrency is apparently not used in the country so far. Reuters has reportedly been unable to find evidence of any use of the Petro as a means of commercial exchange as of Nov. 20, despite officials promoting the coin in recent weeks.