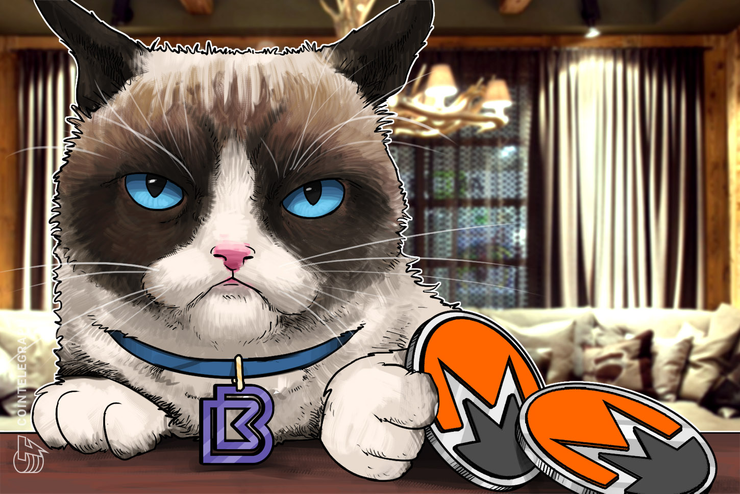 The exchange announced the decision on Nov. 25, noting that the delisting will take place on Feb. 19, 2020. The exchange explained its decision

“Monero (XMR) can selectively utilize anonymity features among projects. This feature of XMR is a subject to end of transaction support. The decision was made to block the possibility of money laundering and inflow from external networks.”

On Nov. 29, the exchange will already stop accepting XMR deposits. Due to the upcoming Monero blockchain fork, XMR withdrawals will not be possible from Nov. 29 to Dec. 5. BitBay will end trading support on Feb. 19, after which it will cancel all buy and sell orders. The exchange asked that all Monero holders withdraw their XMR by May 20, 2020.

Poland-based BitBay is the 90th largest cryptocurrency exchange by 24-hour trade volume, according to data from Coin360. At press time the exchange has a daily trade volume of just over $20.7 million.

BitBay explained that, as a regulated exchange, it must follow market standards and regulations regarding consumer protection and reporting practices. As such, it noted that Monero and other privacy coins had already been delisted from several cryptocurrency exchanges.

As Cointelegraph illustrated in a dedicated analysis, the overall climate in the cryptocurrency industry is increasingly unfriendly towards privacy-centric projects such as Monero. In a recent example, the German Federal Ministry of Finance expressed concerns about the rising use of privacy tokens due to their association with criminal activities and difficulties in tracking them.

Top Wall Street analysts bet on these stocks to brace for a sharp downturn
Man behind the Korean wave talks about the future of K-pop and what aspiring artistes can do
Thanks to Ethereum, ‘altcoin’ is no longer a slur
Mysterious Bitcoin miner shows off oldest signature dated Jan. 2009
Lululemon shares fall after company offers weak holiday quarter guidance