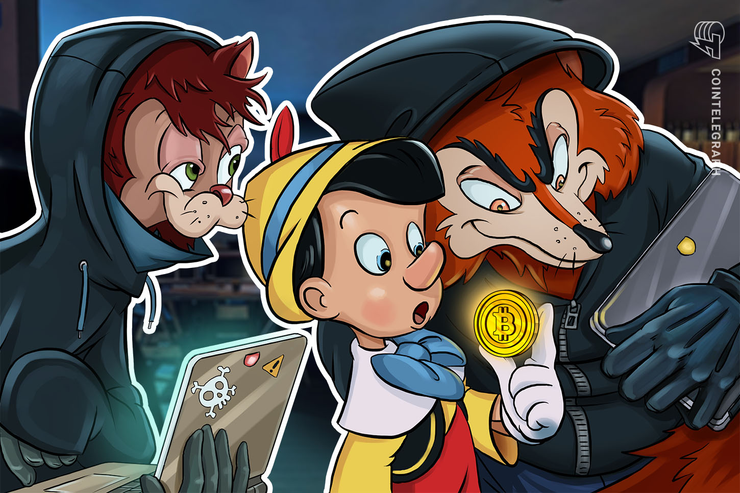 This year has yielded significant price action for Bitcoin (BTC), both to the upside and to the downside. Bitcoin’s price recently fell to around $6,500 as selling pressure continues to plague the market.

Recent data from crypto-Twitter analyst Ergo shows such selling is possibly due to further liquidation of 200,000 BTC in funds from the alleged PlusToken ponzi scheme.

Ergo said in a tweetstorm:

“If my numbers are correct, the 200k BTC estimates reported earlier this year were correct, and market impacts will continue for some time.”

Back in August, Cointelegraph reported on some of the funds thought to be associated with the PlusToken operation — a total movement of 22,923 BTC on August 17.

The alleged PlusToken scam is said to be one of the most sizeable exit scams the crypto space has seen thus far, Cointelegraph said in a separate report.

Crypto researcher Ergo conducted fairly extensive research on the subject, looking at various wallets thought to be associated with the alleged scam. Confirming the amount of BTC funds the scam controls might give an idea of how many Bitcoin the PlusToken crew could dump (or have dumped) on the open crypto markets, possibly accounting for past and future price action.

The analyst noted 200,000 BTC as the commonly stated amount the alleged scam might have originally controlled, citing three specific wallet addresses thought to be part of the operation.

Linking to a past article on the subject, the analyst pointed toward PlusToken’s use of Wasabi Mixer, a method of mixing coins to make tracking them more difficult, as well as a method Ergo referred to as “self-shuffling.”

“My current totals are around 187,000 BTC. This analysis is not complete yet, but roughly confirms the previous 200,000 BTC estimates.”

That tweet includes a helpful chart breaking down the numbers. Following the trail, Ergo concluded that 1,100 BTC have likely been sold each day so far in November.

“Assuming all of the mixed coins (129,000 BTC) accounted for so far have been sold over a period from early August through today will give an average of around 1,300 BTC sold per day,” the analyst said.

“Going forward we can use the daily sell estimates and the ~58,000 BTC unmixed total to estimate the duration of the remaining selling at between 1.5 and 2 months.”

But Bitcoin’s bearish pressure might instead be attributed to a lack of new retail money entering Bitcoin over the past two years, as stated by Tone Vays, or simply the ebbs and flows of the ever-volatile crypto market.