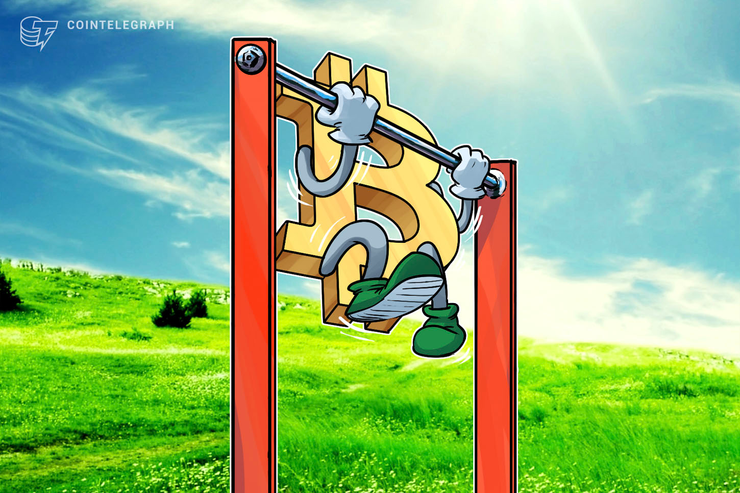 Bitcoin (BTC) inched closer to $8,000 on Nov. 29 after maintaining its previous gains for another day.

Data from Coin360 showed BTC/USD avoid a reversal of its progress from earlier this week, which saw the pair suddenly surge from $6,500 to $7,600.

Since the bullish shift on Nov. 25, Bitcoin has broadly held onto its higher levels, with only a brief dip below $7,400 challenging a steady grind higher.

Markets broadly shook off recent negative sentiment over a Chinese crackdown on cryptocurrency trading and an assumed insider hack at South Korean exchange Upbit this week.

For regular Cointelegraph contributor filbfilb, the door was now open for further gains which could take BTC/USD over the $8,000 threshold.

“8-8,2k looks possible if there is a breakout. A fail to break 7600 could mean looking at the range below,” he told subscribers of his Telegram trading channel in a fresh update on Thursday.

Longer-term, Bitcoin was still down 16% compared to the same time last month, while weekly, the largest cryptocurrency managed 7% gains.

Analysts had previously anticipated such volatile performance to endure over the coming months — before next May’s block reward halving, the sentiment would remain mixed, statistician Willy Woo said last week.

Altcoins stabilize after a volatile week

Altcoins meanwhile settled in line with the relatively stable Bitcoin price on Friday. Among the top twenty cryptocurrencies by market cap, most saw flatter performance than on previous days.

Others showed similar behavior, with the notable exception of several Chinese coins including Tron (TRX) and VeChain (VET), which all flashed negative in light of pressure from local authorities.

The overall cryptocurrency market cap was $206.2 billion at press time, with Bitcoin’s share at 66.4% of the total.

Amid food inflation, more shoppers turn to dollar stores for groceries
Russia’s Sberbank plans to launch DeFi platform on Ethereum
The current job market is a ‘juggernaut,’ economist says. Here are 6 things to know as a job seeker
Long Covid has an ‘underappreciated’ role in labor shortage, study finds
One of Jeff Bezos’ secrets to success: The boss should always talk last in meetings