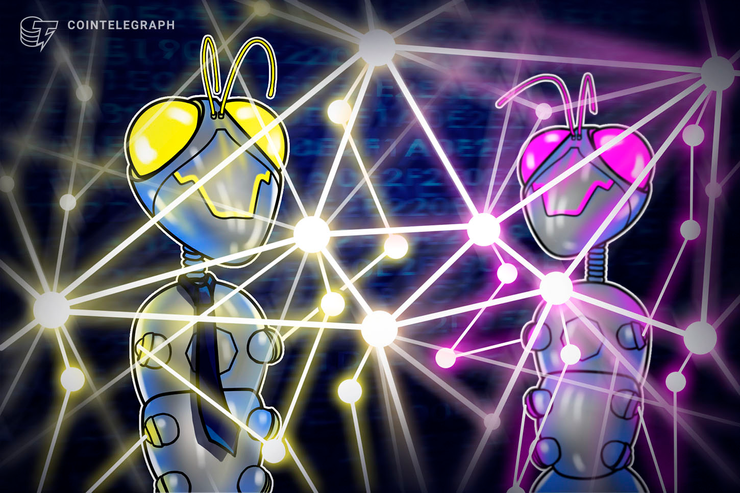 The Asian continent and particularly China have been making news and inducing bull runs in the cryptocurrency world these past few months, starting with President Xi Jinping’s comments and progressing to crackdowns.

The main question driving the conversation is the Chinese government’s sudden advocacy for blockchain systems and a specific interest in being the first major international power to create a national cryptocurrency, and state-sponsored blockchain solutions.

While the focus is on China, we must remember it is a centralized government with immense state power and, according to some, a history of governmental overreach. Their steps into cryptocurrency may create interoperability issues with public blockchains and other countries’ currencies that may not fit to state-run standards.

Xi announced particular interest in the blockchain tech and highlighted that the country is working hard and implementing feasibility studies. These plans are meant to ensure that individuals and businesses make both national and international transactions using blockchain when it makes business sense.

In the Chinese-sponsored Bluebook of Blockchain, it is claimed that over $110 billion yuan are involved in “black industries” such as cyber fraud, making it China’s third-largest “black industry.”

How the government is defining cybercrime presents an issue, as it has not specified money laundering or something else of the like — just that it is a black industry. While it may seem clear at first blush, this vague designation allows for centralized entities to enact control on currency, something Bitcoin (BTC) aims to eradicate.

According to the Bluebook, there are over 28,000 cryptocurrency companies operating in China. However, in a bull warning, the idea is not to trigger Chinese crypto enthusiasts to invest more in decentralized currencies like Bitcoin, Ether, or Ethereum Classic, but rather to bring more attention to the People’s Bank of China as they gear up to launch the first-ever central bank digital currency, or CBDC.

Related: US Fed Weighs Up Potential CBDC as Countermove Against China

Sharp Ye, a Beijing-based blockchain Partner of Boom Blockchain, a firm focused on introducing projects to China, told Cointelegraph, “China will continue to pay more and more attention to the blockchain, because this is the next point of economic growth.”

The Bluebook to crackdown

China’s blockchain plans have been in motion for some years, and the People’s Bank of China has completed a CBDC prototype. With the government’s support over the years, the bank has been able to speed up the creation and implementation of this national currency, yet is still not considered the blockchain leader when compared to the United States.

The substantial risk to companies that have issued or will issue currencies in China is worth noting. The government has put all issuers on notice through an official announcement and can legally stifle small projects to bolster its own state-run solutions. With over 25,000 companies issuing coins, close to 3,000 are utilizing blockchain technology in their business processes and, therefore, appear to be directly at risk. Within the last year, the number of transactions made using Alibaba and WeChat pay services totaled 57 billion — significantly more than Bitcoin, Ether, and XRP put together.

The announcement from the PBoC states that, “If investors see activities and operations related to virtual currencies in any form, they can report to authorities,” thereby putting all currency issuers on notice.

Despite government clampdowns, which directly impact market activity (something state-run media warned against), it appears that cryptocurrency is on a strong legalization path in the country following the Blueprint report. However, decentralization could potentially be sacrificed so that the technology can exist in China and be interoperable with their own currency.

Recently, the government has banned articles and statements claiming that blockchain is a scam as well as any other sentiments that downgrade the authenticity of blockchain technology or cryptocurrency. Just within the last year, more than $5 billion dollars have been allocated to Chinese state-sponsored blockchain systems.

The administrations of individual cities and provinces have financed these funds, and interest continues to rise. Since Xi’s pro-blockchain announcement in late October, the number of searches for “blockchain” on WeChat alone has multiplied by more than 10.

The real issue is not in raising the acceptability of crypto, but making a CBDC function under decentralized blockchain technology. So, why exactly does the government want to create a centralized technology?

There have been many controversial comments and views of analysts and individuals since the PBoC deputy director, Mu Changchun, made the statement at China’s state-run forum, Finance 40. He indicated that the new national currency would be operated in a two-tier system, with the PBoC being on top and commercial banks allowed in the second part of the centralized system. The reasons given by the director is to enable an evenly distributed responsibility between the commercial banks and to maintain healthy competition between them.

Of all these points, individuals as well as some analysts still believe that a centralized currency with controlled and monitored interactions does not fit the original goals of Bitcoin or blockchain technology.

Some argue that this method will not allow investors private and personalized transactions anymore, a facet that helped spur Bitcoin in the first place. With a centralized setup, the Chinese government would be able to monitor all transactions and assets of individuals, unlike a decentralized system. Others claim that this new introduction into the system is to limit the lending capability of the commercial banks and to monitor and maintain the flow of money through the system.

Some analysts are pointing to a more international strategy for the trade war between the U.S. and China, and they believe this national currency will give the Chinese yuan an edge over dollars in no time. China believes it can achieve the blockchain advantage over the U.S. by being swift and concise with their policies and strategies.

Related: US and China Battle for Blockchain Dominance

Facebook’s Libra is another point that many people consider the reason behind China’s CBDC as well as its centralization effects. The Chinese government wants to maintain its standard or, more likely, consolidate their usability chokepoint by controlling how money can be spent within the system. But does this mean Libra will cave to the centralized standard for interoperability with the large Chinese market? Too soon to tell.

Among all debates concerning the decentralization strategy is which public chains will be chosen. The Chinese government has shown support for BTC through scrapping its plan to ban Bitcoin mining, while it is no secret that Ethereum hopes to be interoperable with the Chinese CBDC, as co-founder Joseph Lubin spoke on the matter directly. It is no longer news that the Chinese economy has a significant influence in the digital currency market and that notable investors inside China have billions invested in Bitcoin and mining activities.

Terry Culver, CEO of ETC Labs and general partner of Digital Finance Group — a leading blockchain venture group with offices in Shanghai — stated to Cointelegraph that interoperability should be an important goal for the ecosystem:

“Interoperability amongst the entire blockchain ecosystem is important. It leads to greater innovation, wider adoption, and thriving communities. As long as we recognize our shared values such as immutability and censorship resistance, interoperability shouldn’t be an issue.”

If the Chinese CBDC turns out to be successful and the government’s alleged centralization strategy is implemented, investors and traders may begin to look into further blockchain implementations. This mass adoption ripple effect could drastically impact the blockchain industry.

So far, both investors and issuers have been affected by market slides due to news or speculations on the future of Chinese adoption. Although both the Chinese government and the PBoC are attempting to exert control, they will find it quite challenging to eradicate Bitcoin as well as other fully decentralized Fintech solutions from the market.

The central bank’s largest weapon will be limited interoperability between its own currency and foreign entities operating in the country. They can also continue to crackdown on means of crypto through centralized exchanges. Still, the feasibility of interoperability with decentralized tokens is quite low.

While discussing the future with Cointelegraph, Wulf A. Kaal, Ph.D. at Kaal.io — a tech consulting firm that focuses on emerging and distributed technologies — remarked:

“China’s attempts to venture into cryptocurrencies are overall a much-welcomed development as it creates regulatory and economic competition in decentralized infrastructure solutions.”

Kaal also believes that China will be in a position to use U.S.-based open-source developments and use them to race ahead. He continued:

Sowing the seeds of doubt

At the end of November, a crypto news service claimed that the Chinese police had shut down and raided the Binance office in Shanghai. Although the exchange’s CEO and a Malta-based spokesperson have both debunked the news, stating that Binance does not even operate a Shanghai office, the consequent social media frenzy and market panic provides cause for the Chinese government to rid itself of the concept of decentralization and establish centralized entities.

“The Chinese, and all corporate and government coins will be nothing more than surveillance systems for your financial transactions. Don’t use them, [decentralization will live on].”

Bitcoin miners look to software to help balance the Texas grid
Disney is counting on Bob Iger to make hard decisions about its streaming and TV assets — or find someone who will
UK property demand slides 44% after market-rocking mini-budget, study shows
CEO of $4.5 billion tech firm slams his peers over layoffs: ‘These are humans’
Ether tests $1,200 but bears better positioned for $1.13B options expiry on Nov. 25