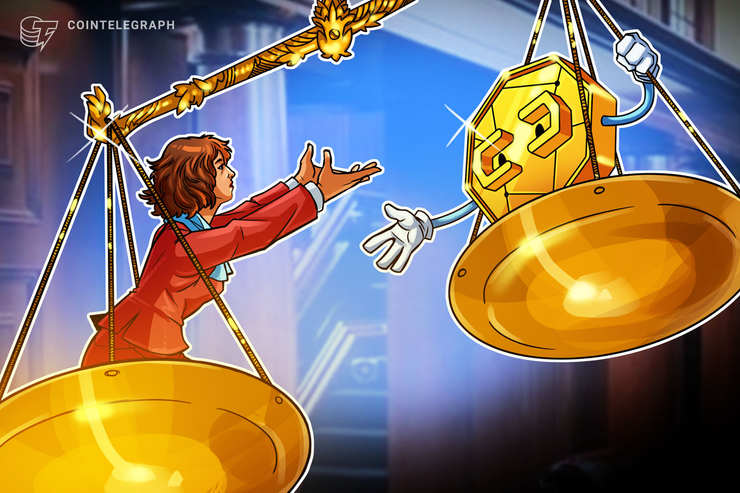 An act of paternalism or a case of generic Bitcoin (BTC) distrust? It is hard to make out the exact reasons for Nordea Bank’s ban on its 31,500 employees trading in Bitcoin or other cryptocurrencies — even on their own time — a prohibition that was upheld on Dec. 2 by a Danish court.

In a press release posted by the court following its ruling, Nordea Bank noted that, “Employees are permitted to keep any existing [crypto] holdings,” though it added that they were encouraged to sell them.

As reported by Cointelegraph, Denmark’s finance industry union, Finansforbundet, brought a class-action lawsuit against Nordea’s cryptocurrency prohibition in 2018 on the grounds that the ban interfered with employees’ personal lives. It appears that the bank, the largest financial group in the Nordic countries (Denmark, Finland, Iceland, Norway and Sweden), was worried that its employees might unwittingly get mixed up with some unethical or even criminal activities. As a spokesperson for Nordea Bank told Cointelegraph after the Copenhagen labor court’s decision:

“The market for crypto-currencies is unregulated and not transparent. It makes it hard to monitor where the money comes from. It increases the risk that investors, including our employees, may unwillingly get involved in activities that are unethical or outright illegal.”

He added that, “We are satisfied that the court ruled in our favour.” In the aftermath of the decision, however, others accused the bank of overreach. Jacob Pouncey, treasurer of the Nordic Blockchain Association, told Cointelegraph:

In one sense, there is nothing out of the ordinary in Nordea’s prohibition. Some crypto exchanges have prohibited crypto purchases among employees, and specialized personnel within larger financial organizations, like commodities traders, are often subject to restrictions on their personal assets.

Crypto startup Seed CX, for instance, advertised on its website that it allows: “No personal cryptocurrency trading by employees.” Jeremy E. Deutsch, an attorney from Anderson Kill, told Cointelegraph he doesn’t necessarily see a legal problem with the Bitcoin-trading prohibition, “Clearly banks have the ability to regulate the securities trading of their own employees, and to have all things in place to ensure that they’re not engaging in insider trading.” What’s unusual here, though, is the breadth of the ban. Deutsch said:

This sort of prohibition is unique, in the view of Michael Reuter, co-chairman of the Germany-based European Blockchain Association e.V, who told Cointelegraph, “It is highly unusual that a private bank prohibits trading of crypto currencies for all its [31,000-plus] employees. From our experience this could be the first time, ever.”

Nor is this asset class (crypto) so different from more traditional asset classes in terms of risk adjusted returns as measured by Sharpe ratios, added Deutsch. “What exactly is one protecting employees from?” he asked rhetorically. The Danish court’s press release sought to answer the question “Why is Nordea doing this?” with the bank’s own prior statements:

“Investments in cryptocurrency have been restricted due to the unregulated nature of these assets which are not subject to investor protection regulations or authority supervision and related risks including volatility and liquidity risk as well as financial crime risks, e.g. that proceeds that employees might obtain from selling bitcoins derive from criminal activities.”

“The problem with Bitcoins is indeed that they may be used for criminal activities and tax evasion,” Daniël Cuypers, a labor law expert at Belgium’s University of Antwerp, told Cointelegraph. In some cases, the victim may turn to the bank to hold them liable for the acts of their employees.

Related: Criminal Activity in Crypto: The Fact, the Fiction and the Context

But what if the cryptocurrency is purchased outside the job, on the employee’s own time. How does that impact the bank? Cuypers answered:

“This should have no effect on the job. However, it may be that private activities do have negative consequences for the job. It is the impact on the job that matters, e.g., if a bank employee is arrested for financial fraud in private matters it may have a negative impact on the confidence of the [bank’s] clients.”

Nordea argued that its employees “may unwillingly get involved in activities that are unethical or outright illegal activities” if allowed to purchase cryptocurrency on their own time. What’s wrong with that? In Pouncey’s opinion, “Sure the bank has a point, but why not ban any other activity that could lead to unethical or downright illegal activity, such as buying fur coats, drinking, gambling, and other vices.”

Reuter from the European Blockchain Association challenged the notion — presumed by Nordea and held by many others as well — that Bitcoin is an effective means of payment for criminal activities:

“Because Bitcoin is not an anonymous, but a pseudonymous crypto asset, it would be unwise to use it for criminal activities. From the perspective of a criminal: he or she can easily be traced back. In principal, this argument seems to reflect a generic distrust of Bitcoin rather than a comprehensible counter-argument.”

There is some history here. According to Compliance Week, Nordea Group changed its strategic focus in 2014 from the Baltic states to the Nordic states “in part over concerns it was being used by its international branch customers to launder dirty money.” It had reportedly been under investigation for three years for handling illicit funds tied to Russian criminals.

In June, Nordea Bank Danmark A/S announced that its offices had been raided by Danish prosecutors under suspicion of money laundering. The bank reportedly set aside more than $106 million to cover money laundering probes. Last week, some in the crypto community seemed to feel that Nordea’s employees were paying for the bank’s transgressions. As Pouncey told Cointelegraph:

“Nordea has been connected to hundreds of millions of dollars worth of suspicious money flows. Would you say any employee working at the bank is directly or indirectly engaging in unethical or outright illegal activities simply by doing their daily task that keeps the bank running? The bank should focus on policing its own unethical or outright illegal activities first, then focus on its employees’ actions outside of work.”

An analyst that goes by the name “Rhythm” had this comment on Twitter in the wake of the court ruling on Dec. 2, “They told their staff that ‘the risks were too high.’ This is coming from the same bank that was raided by police for allegedly laundering $793 million of Russian money.”

“The crypto industry is lurching slowly toward greater regulation, oversight and transparency,” Deutsch told Cointelegraph, so for the bank to argue that it needed to protect its employees and protect itself against an unregulated, opaque market doesn’t really hold water (though that claim might have had merit three years ago, he allowed).

Deutsch added, “They are within their rights, but to prohibit every single employee from trading cryptocurrencies — including the janitors and people who work in the cafeteria — seems weird.” Pouncey told Cointelegraph that the bank may have gone too far:

“Owning crypto is not illegal in Denmark, nor is purchasing it. Yet because I work at a bank that has been suspected of laundering millions annually, I am unable to purchase cryptocurrencies despite studies showing that only a small volume of crypto transactions are actually for illicit purposes.”

The Danish court’s decision will likely be appealed, Pouncey said. This ban is impossible to enforce — a Nordea employee could buy crypto with cash or from an account outside of Nordea field of vision — “however, it will deter people,” he said. Nordea clearly overreacted, in the view of Reuter:

“Cryptoassets are in most cases unregulated assets that should be addressed in the same way as other unregulated assets. That said, we don‘t regard this decision as a watershed event in the way that more or many banks will follow.”

Overall, a benevolent reading of Nordea’s controversial Bitcoin prohibition is that it is a bit clumsy and paternalistic — protecting its employees from themselves, as it were. The darker view is the bank is using crypto as a scapegoat for its legal transgressions.