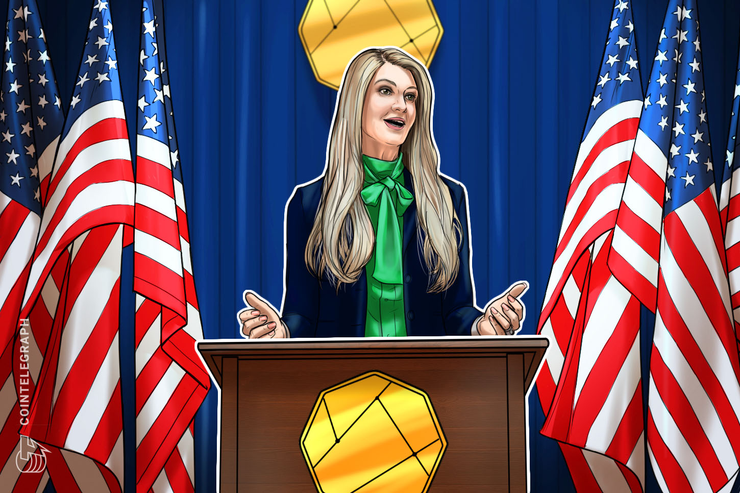 Meanwhile, the platform’s CEO, Kelly Loeffler, is reportedly going to replace Georgia Senator Johnny Isakson in the U.S. Senate by the end of the year. So what do these new developments mean for Bakkt and the crypto market in general?

Bakkt (pronounced “backed,” referring to “asset-backed securities”) is a digital assets platform created by the Intercontinental Exchange, or ICE, an Atlanta-based operator of 23 major international exchanges that include the New York Stock Exchange, the world’s largest exchange.

It was first announced on Aug. 3, 2018, when ICE revealed its plans to create a platform “that enables consumers and institutions to buy, sell, store and spend digital assets on a seamless global network.” The concept was formulated over five years, as both of Bakkt’s co-founders, Loeffler and her husband Jeff Sprecher — who is also the founder, chairman and CEO of ICE — said in a Fortune profile.

The list of Bakkt’s allies includes Microsoft, Boston Consulting Group and Starbucks, all of which have invested in the project. The platform’s backers also include an array of Wall Street players such as Fortress Investment Group, Eagle Seven, Susquehanna International Group, Galaxy Digital, Horizons Ventures and Pantera Capital.

Bakkt’s main feature is physically delivered BTC futures contracts, which the platform actively marketed ahead of launch. Futures represent an agreement to buy or sell an asset on a specific future date at a specific price — an important risk management tool for volatile markets such as crypto.

Although, it is not an entirely new concept for the crypto market, as BTC futures have been traded since December 2017 on two major U.S.-regulated exchanges — the Chicago Mercantile Exchange and the Chicago Board Options Exchange. However, the offers of both Chicago exchanges are settled in cash, while the ICE-backed platform debuted physical one-day BTC futures contracts.

Nine months out from its scheduled launch date, Bakkt finally commenced services on Sep. 23, 2019 after a number of delays. However, despite the prolonged anticipation and analysts’ bullish predictions, the project saw just 71 BTC (about $700,000 at the time) traded in the first 24 hours.

Nevertheless, the situation soon began to change, as the trading volume of Bitcoin futures soared to 224 contracts on Oct. 9 — 796% higher than the previous day. In two weeks, the all-time high rose to 452 BTC futures contracts per day. By the end of the month, Bakkt experienced yet another boost in volume that drastically dwarfed previous developments: On Oct. 26, the platform traded 1,183 Bitcoin futures contracts, or roughly $11 million, in a single day.

Around the same time, Bakkt decided to capitalize on the good news, with the firm announcing its plans to launch the first regulated options contracts for Bitcoin on Dec. 9. In the accompanying press release, the company’s Chief Operating Officer Adam White argued that the physical Bakkt Bitcoin (USD) Monthly Futures that were launched back in September produce a benchmark contract that “provides the foundation for us to develop complementary products based on the needs of our customers.” He added that the options contracts will comprise of capital efficiency, cash or physical settlement, low fees and European-style options.

“In this way, cash settled futures are often seen as simpler instruments, mostly for speculative purposes, have less delivery costs/warehousing costs associated with them, but in some cases may not be seen as the best instrument for parties that actually need the physical asset for hedging or other (like a bitcoin miner for instance may need to deliver the physical bitcoin). In both cases, futures contracts require the two parties to transact at a certain price at a future date.”

The cash-settled futures product, in turn, is a new contract that will be initially available on ICE Futures Singapore, an approved exchange located in the island city-state. The contract is based on the settlement price of the benchmark Bakkt Bitcoin monthly future contract and provides an “alternative for participants who are unable to trade our physically delivered contract,” the blog post reads. Todaro explained to Cointelegraph:

“Options are similar to futures in that they are derivative contracts, but they have more nuance to them (a whole host of strategies can be built on calls and puts) and do not require the two parties to transact. A buyer has the right (the option) to transact but not the obligation to do so. The reason the buyer may not want to exercise the contract is if the price is no longer in his/her favor — however this person is paying a premium for this right.”

“Over time it’s likely to be institutions like the CME and Bakkt that are needed to create the necessary infrastructure to attract institutional investors to Bitcoin and cryptocurrencies. But they are not, by themselves, enough. Reason: The biggest struggle for Bitcoin futures has been lack of liquidity. Without liquidity, demand for crypto assets from institutions will continue constrained, at least in the near term.”

Todaro told Cointelegraph that while the cash-settled futures product is “similar to their physically settled offering in terms of attracting institutional interest”, a regulated platform for trading Bitcoin options contracts “would likely attract greater institutional interest.” So is that good for Bitcoin’s price? Not necessarily, experts say. “The primary benefit of options and futures markets is to help balance and dampen volatility,” Villaverde explains:

“That’s good for long-term individual investors and commercial players. But it may not get a resounding cheer from crypto traders who are attracted to crypto assets precisely because of their high volatility.”

Todaro is also skeptical in this regard, as he thinks that the new financial products might create more space for bear action instead of a flood of investments into the top cryptocurrency. He told Cointelegraph:

“While an increase in bitcoin product offerings would bring about greater institutional involvement in the space, it is not exactly clear that these institutions would be buyers of the asset class.”

Notably, more mainstream-oriented trading platforms are looking into cryptocurrency financial products. By introducing Bitcoin options in December, Bakkt has outpaced the Chicago Mercantile Exchange, who are planning to launch options on Bitcoin futures on Jan. 13, 2020. However, the CME’s offering is still likely to be more popular once it goes live, as Todaro suggests:

“While Bakkt would have an initial advantage, the CME maintains a stronger presence in the derivatives market and so institutional traders and investors are already very comfortable with their platform. Currently, Bakkt’s bitcoin futures product does around 10% of the daily notional trading volume that the CME’s bitcoin futures product does. As such, the CME remains the higher volume platform and I would expect this to continue as similar bitcoin products launch.”

Such competition suggests that “this risk management problem is well on its way to being solved,” as Travis Kling, chief investment officer at crypto asset management firm Ikigai, told Cointelegraph, “Just one more sign that Bitcoin is growing up.”

Bakkt’s CEO off to the U.S. Senate — healthy for crypto?

Bakkt might make more official announcements before the year’s end. On Dec. 4, the Washington Post reported that Georgia Governor Brian Kemp appointed Kelly Loeffler to a seat in the U.S. Senate. Thus, the Bakkt CEO will replace Sen. Johnny Isakson (R-GA), who plans to retire at the end of the year.

Consequently, Loeffler will step down from the digital assets platform. The Intercontinental Exchange has thanked Loeffler for her work with Bakkt, according to a statement by Josh King, a spokesman for ICE. Loeffler’s upcoming entry to the political scene is a positive sign for the crypto industry at large, Todaro shared in a conversation with Cointelegraph:

“Kelly Loeffler obviously understands the space and is a proponent of it, and so, where applicable on matters before her in the Senate, I would imagine she would be a proponent of bitcoin and other digital currency platforms.”

Additionally, Bakkt has some concrete plans to facilitate its crypto expansion into the mainstream in 2020 — a consumer app developed in conjunction with the “flagship retailer” Starbucks. According to the company, the app will help consumers “unlock the value of digital assets, as well as ways in which they can transact or track them.”

Cointelegraph reached out to ICE for comments, but the company has not replied as of press time.