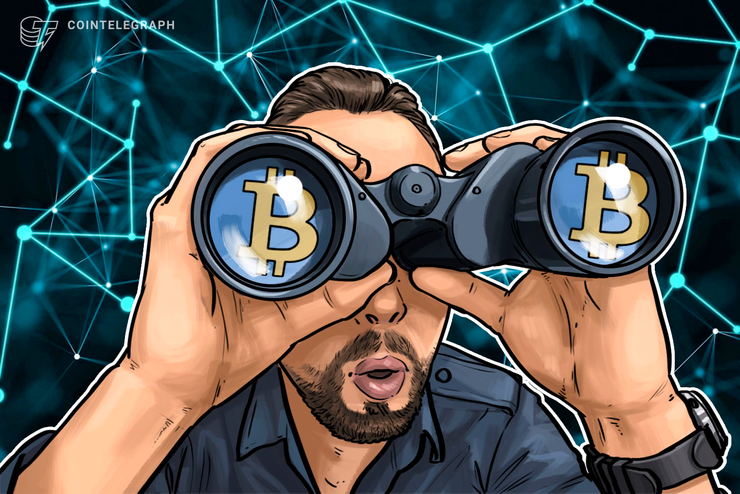 Bitcoin (BTC) briefly fell back below $7,200 on Dec. 14 as bearish sentiment continued to pervade cryptocurrency markets.

Bollinger: Bitcoin preparing for next breakout

Data from Coin360 showed BTC/USD hit a sharp downturn on Saturday, losing around $70 in a matter of minutes and abandoning ground gained on Friday.

Over the past 24 hours, Bitcoin hit local highs of $7,290 but still failed to break out of its general downtrend, which has persisted throughout the past week.

Nonetheless, among technical analysts, signs that a decisive move was on the horizon were already trickling through. One indicator, in particular, Bollinger Bands, predicted volatility would soon return to both Bitcoin and altcoins.

“Most crypto currencies are at or near Bollinger Band Squeeze levels. Time to pay attention,” inventor John Bollinger tweeted on the day.

Bollinger Bands are a price-performance forecasting model revolving around the 20-day simple moving average (SMA) of an asset. The SMA has an upper and lower band around it, which analysts plot using standard deviation.

As volatility increases, so the bands become further apart. In times of low volatility, the bands contract, or “squeeze.” In Bitcoin markets, resolving the implied “pressure” on the price tends to come via a price breakout.

Olszewicz noted that Bitcoin was currently in a squeeze that had occurred only a handful of times in 2019; each resolved with an upward or downward breakout.

If BTC/USD failed to crack $7,300 first, however, this time around, the direction was likely lower.

As Cointelegraph reported, others shared the sentiment that conditions were not likely to remain predictable for Bitcoin for long. In a recent analysis, regular contributor Michaël van de Poppe described the market as “boring and fragile.”

For filbfilb, meanwhile, pointers conversely suggested the weekend could produce a price uptick to $7,400.

In line with Bollinger’s words, altcoins mimicked Bitcoin’s low volatility as the weekend began, trading at broadly the same levels on the day.

The only exception from the top-twenty cryptocurrencies was VeChain (VET), which shed 8% after investors panicked due to a wallet hack that lost funds worth around $6.7 million.

The overall cryptocurrency market cap was $196.4 billion, with Bitcoin’s share at 66.6%.

These 10 cars have the greatest potential lifespan — and 6 are Toyotas
Gen Zers are coming home for the holidays on mom and dad’s dime, study says
Demand for liquid Ethereum staking options continues to grow post-Merge
Bitcoin price consolidation could give way to gains in TON, APE, TWT and AAVE
Salesforce stock falls over 5% on earnings and sudden departure of co-CEO Bret Taylor