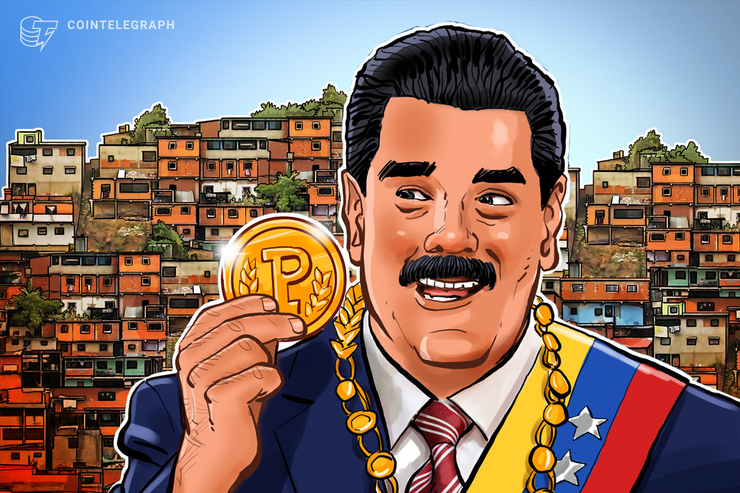 Venezuelan President Nicolás Maduro announced that this week the government will pay half a Petro to Venezuelan retirees and public workers as Christmas bonus.

With a total of 4,500,000 retirees and 3,500,000 public workers, Maduro said in a speech on Dec. 15 that he expects to deliver half a Petro to more than 8 million Venezuelans this week. This follows up on remarks Maduro made in mid-November.

With a fixed value of $60 established by the Venezuelan government, the average Petro bonus that each Venezuelan will receive will be equivalent to $30. It is estimated that the government will give out some $240 million, according to the valuation given to the state cryptocurrency.

Maduro decreed that this week will begin a “new stage of economic and social protection” within the Venezuelan economy, referring to the delivery of half a Petro to Venezuelans.

The president expressed in a direct way that “they have been building the Petro (…) for almost 2 years” and added that “the first thing he did with the Petro was to place 5 billion barrels of oil as support”, concluding that they are already producing those barrels of oil to have them “only for Petro”. However, he also mentioned later that they already have “30 million barrels of oil” that are part of “the direct physical material wealth that sustains the Petro for whoever wants to claim it”.

Maduro also specified that he has already signed agreements with “50,000 merchants in the country” to accept Petro as a form of payment within their establishments.

Given the Venezuelan government’s history of not delivering on promises related to the Petro, Cointelegraph advises readers to approach news on the subject with skepticism.