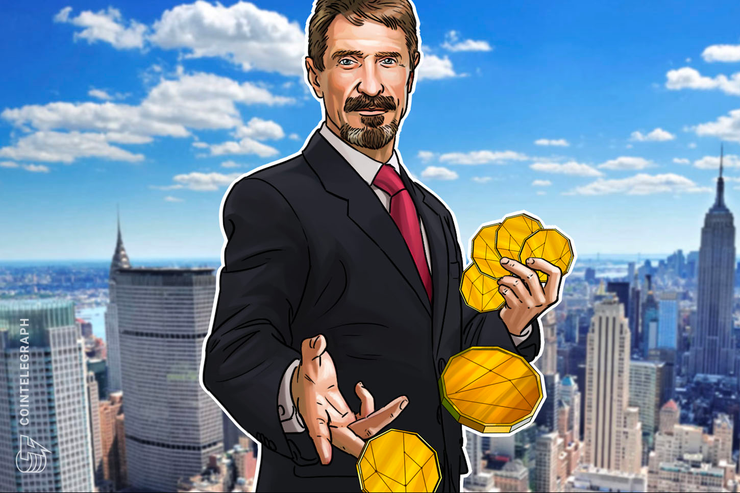 Cryptocurrency entrepreneur John McAfee says he will stop promoting individual coins to focus on his presidential bid — but already knows he will not win.

In a series of tweets beginning on Dec. 14, McAfee, who has built a large following among crypto users, claimed that championing individual projects in the space took up too much of his time. “I’m no longer doing crypto promos,” one post summarized.

Elsewhere, McAfee was keen to note he was not retiring from cryptocurrency completely:

“People ask why I am no longer doing Blockchain promotions. It is very time consuming. My Presidential Campaign will be starting in earnest in January and I cannot do both. I am in no way abandoning crypto; only the task of promoting specific projects.”

When quizzed for more information, the mogul nonetheless revealed doubts about his non-crypto perspectives. On the topic of whether he felt he could win as a candidate in the 2020 United States Presidential Election, he replied, “I have no chance.”

“I don’t want to be. I merely want to promote crypto on the national stage,” another tweet stated.

Despite gaining mixed reviews over his support of cryptocurrency projects in the past, McAfee is perhaps best known for his outrageous Bitcoin (BTC) price predictions.

Infamously, he bet that the Bitcoin price would top $1 million by the end of 2020, and said he would consume his own penis if wrong. During the latest Twitter round, McAfee claimed the wager was “absolutely” still in play.

As Cointelegraph reported, the U.S. presidential bid coincided with McAfee fleeing the country over tax problems. Living and coordinating his campaign from a boat, McAfee and his wife were subsequently arrested twice in a week in the Dominican Republic.

In October, he launched a beta version of a decentralized exchange, or DEX, while a curious episode last month saw the appearance of a spoof cryptocurrency dedicated to deceased media mogul, Jeffery Epstein.