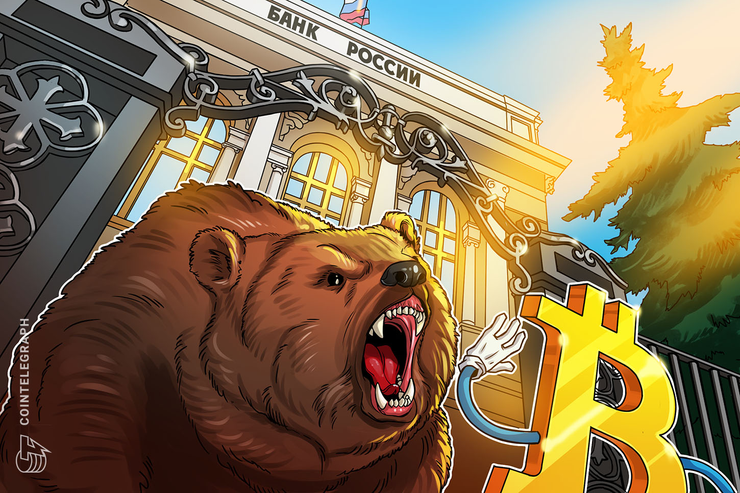 At the end of November, news surfaced that Russian cryptocurrency users, who have been operating in a regulatory gray zone, could soon be at risk as the nation’s financial authorities reportedly join forces to outlaw the use of digital assets as a payment instrument.

Shortly after, the country’s interior ministry confirmed rumors that it was on track to developing a legal framework for confiscating digital assets, which could come into effect as soon as 2021. Finally, the head of Russia’s main financial intelligence agency, the Federal Financial Monitoring Service, has also spoken unfavorably before parliament about the prospects of legalizing crypto use.

Do these moves signify a wider government clampdown on digital finance, and does the Russian crypto community perceive them as a threat?

Local publication Izvestia, citing an anonymous source, reported on Nov. 29 that the Central Bank of Russia and the Federal Financial Monitoring Service were drafting legislation to ban the use of crypto assets for the purchase of goods and services. No details were disclosed with regard to potential enforcement mechanisms or punishment for violators.

The central bank’s response to Cointelegraph’s inquiry largely echoes its sentiments published by Izvestia, detailing its stance on cryptos and willingness to support initiatives seeking to ban their use:

“The ruble is the only legal tender in Russia. We remain convinced that cryptocurrencies pose significant risks, including laundering of illegally gained funds, financing of terrorism, and extreme volatility of exchange rates. We believe that private cryptocurrencies cannot be equated to fiat money nor considered legal tender. Should there emerge a legislative initiative to ban cryptocurrencies as means of payment, we deem it appropriate to support it.”

The Federal Financial Monitoring Service and the Ministry of Finance have not yet responded to Cointelegraph’s request for comment.

As in many other jurisdictions, Russian legislators have been struggling to define the legal status of digital assets since at least 2017, when the first bill to that end was drafted. As Izvestia notes, several trade associations have petitioned for crypto legislation, making various attempts to appeal to state interests by proposing a tax on legal crypto transactions. The push has seen little success so far, as draft bills keep coming back for revision.

As of now, the Russian government does not appear to have an official stance on crypto mining, allowing enormous data centers — like the hydro-powered one Cointelegraph reported about at the end of November — to thrive on the cold Siberian climate and cheap electricity. However, those who take up illegal forms of mining by using state hardware are being pursued and put behind bars.

Related: Safe Space: A Guide to Special Economic Zones for Crypto, From China to Switzerland

There are multiple indications of Russian financial regulators’ conservative approach to handling the emergent crypto markets. The latest came on Dec. 11, when Yuri Chikhanchin, head of the Federal Financial Monitoring Service, spent some time breaking down his views on cryptocurrency regulations during the government’s question time at the State Duma.

According to Nezavisimaya Gazeta, Chikhanchin enumerated the many risks inherent to the legalization of crypto payments — including Russians’ history with falling for Ponzi schemes — that suggest proactive digital money innovations could play out badly for the nation.

The financial watchdog head said that he would prefer not to rush it and let others experiment while adopting international best practices. Some observers interpreted this speech as an admission that Russia has no plans to move forward with a central bank digital currency any time soon, either.

The lack of foundational definitions and market regulations does not seem to be a major issue for some other branches of the Russian government. According to state news service Tass, the Ministry of Internal Affairs confirmed that work is underway to establish legal grounds for confiscating digital assets as part of judicial proceedings.

The report came almost a month after first anonymous accounts of the development emerged in Russian media. Other parties privy to drafting the legislation include the Office of the Prosecutor General, the Investigative Committee and the Ministry of Justice.

This disconnect between the financial regulators and bodies of government responsible for law enforcement is not surprising. Traditionally, security agencies and ministries are seen as very distinct, if not antagonistic, to the government’s economic and financial bloc. Regardless of the financial authorities’ treatment of cryptocurrencies, uniformed agencies will seek to carve out their own tangible powers to deal with what they deem a security threat.

While the Ministry of Internal Affairs said it expected to finalize the legislative proposal by the end of 2021, experts surveyed by the business publication RBC foresee immense technical difficulties in actually enforcing cryptocurrency confiscation.

Many Russian crypto entrepreneurs would much rather see a clear set of rules than the regulatory limbo in which the industry operates today. However, they doubt that a blanket ban on cryptocurrency payments would do much to solve the problems that regulators seek to address. Yegor Bugayenko, founder and CEO of blockchain startup Zerocracy and creator of the cryptocurency Zold, told Cointelegraph:

“There is no official status of Bitcoin (or any other cryptocurrency) in Russia at the moment. This literally means that the government has nothing against anyone selling, buying, or exchanging any crypto money. However, the market definitely needs certain regulations in order to protect honest buyers and sellers of crypto assets. […] In my opinion, prohibition won’t help, just like it has never helped to minimize alcohol usage and doesn’t help now with drugs. There have to be other mechanisms, which are based on education.”

Alexey Ermakov, CEO and founder of the mobile finance app Aximetria, considers prohibitive policies to be lacking in sensibility:

“Despite the cryptocurrencies’ obvious and massive presence in lives of Russian people — crypto being widely used and with top government officials and bankers invested in it — no one officially admits it. I believe that crypto cannot be banned. People can only be threatened into not using it, and depending on the degree of people’s fear the technology will either develop or stagnate here, while the rest of the world will be using it. Yet, over time everything will fall into place.”

George Bryanov, expert at the faculty of finance and banking at The Russian Presidential Academy of National Economy and Public Administration, believes that tightening regulations are just stepping stones toward the eventual implementation of national digital currencies:

“For me it is obvious that central bank digital currencies are the future of central banks and national economies, and research activities of central banks of USA, China, Russia, UK, and many other countries prove their great interest in it. Central banks will continue to tighten the regulation of cryptocurrencies in order to test and scale regulatory instruments before adopting national cryptocurrencies on a mass scale. And for sure it will be done for the good: to enforce AML/CFT regulations and protect citizens from dark markets and scum investment schemes — at least, that’s what they’ll say in the news.”

All in all, the series of prohibitive measures that appears to be somewhere in the works across several departments of the Russian government looks like the product of individualistic actors that are disinterested in even defining the new asset class, instead of collectively developing a centralized policy. Often lacking defined enforcement mechanisms, these initiatives may take considerable time to materialize, or may never come to fruition altogether.