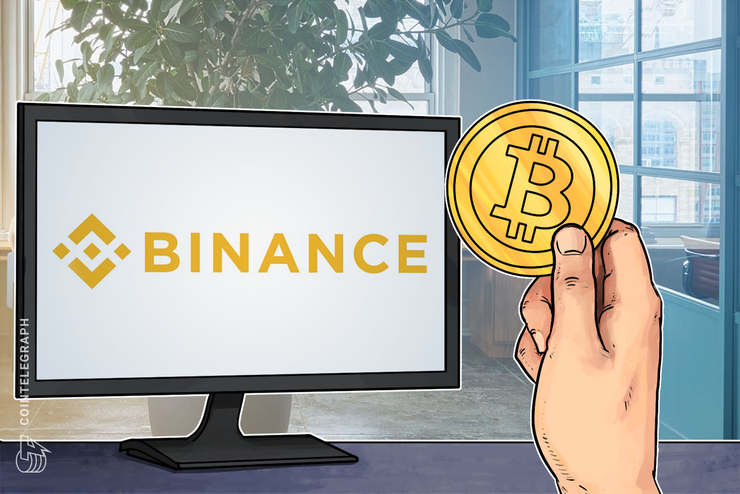 In an ongoing Twitter debate which began Dec. 19, a user by the name of Catxolotl uploaded what appeared to be correspondence from Binance Singapore staff stating they had launched an “investigation” into a withdrawal of an unknown amount of BTC.

Binance: we “do not tolerate” CoinJoin

The reason, they said, was Catxolotl was using CoinJoin via wallet provider Wasabi. A Binance representative confirmed the problem in private comments, explaining:

“Binance SG operates under the requirements as set forth by MAS and our MAS regulated partner, Xfers. Hence there are AML CFT controls set in place for the Binance SG. Unfortunately, this user has triggered one of our risk control mechanisms and thus we are conducting a deeper investigation.”

CoinJoin refers to a method of grouping together Bitcoin transactions, “mixing” unspent transaction outputs (UTXOs) and hiding who sent what to which address in order to increase all users’ privacy.

According to Binance, including CEO Changpeng Zhao (known as “CZ”), Singapore regulations meant CoinJoin transactions were no longer desirable.

“However, at this juncture, Binance Singapore does not tolerate any transactions directly and indirectly associated with gambling, P2P, and especially darknet/mixer sites,” a subsequent email allegedly reads.

Catxolotl confirmed he had received possession of the funds following the debacle:

“Update: I got my sats back, but not without promising Big Brother I wouldn’t mix those utxos. Hope everyone got something out of this.”

As neither Binance nor CZ prepared to apologize for what they saw as abiding by local laws, a fierce debate erupted on social media, with well-known Bitcoin figures clashing over the decision to root out transactions with enhanced privacy.

“Some advocate using CoinJoin as a ‘best practice’ but they do not necessarily inform you on the risks,” the @Bitcoin Twitter handle wrote, tagging self-confessed “Bitcoin maximalist” Giacomo Zucco.

“FYI, a risk of using CoinJoin is @chainalysis or others will increase your ‘risk score’. @binance & others use these vendors & share data.”

Zucco responded in kind, highlighting the industry’s mixed feelings on what remains a serious challenge as more consumers choose to engage with Bitcoin.

“Some advocate NOT using CoinJoin as a way to please bureaucrats & politicians, but they do not necessarily inform you on the risks,” he wrote.

“FYI, a risk of NOT using CoinJoin is being spied on by everybody, including kidnappers, extortionists, stalkers, competitors & crazy ex-wives.”

The controversy extended to Wasabi and CoinJoin itself. Nicolas Dorier, the creator of open-source Bitcoin payment gateway BTCPay, hit back at suggestions Wasabi could control how its transactions were handled by exchanges.

“Any person saying that @wasabiwallet have any technical way to prevent their users to be harassed by binance is full of sh*t. No coinjoin scheme can prevent this at the moment,” he wrote.

CZ has meanwhile released a dedicated blog post about the nature of the regulations with which Binance is obliged to comply.