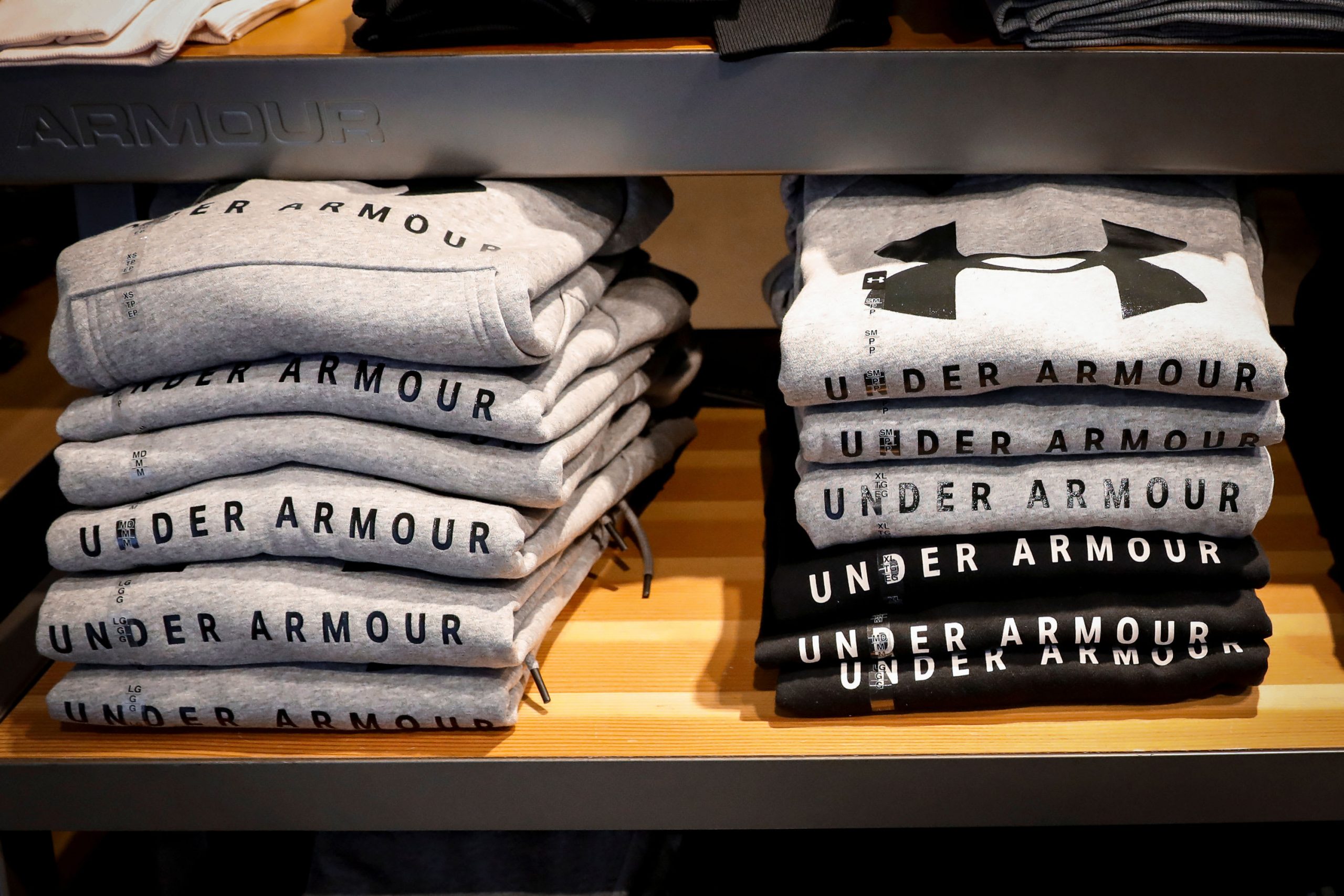 Products are displayed in an Under Armour store in New York City, November 4, 2019.

Under Armour on Friday reported revenue about flat with a year earlier, with earnings topping estimates, as consumers stocked up on the brand’s sneakers and workout gear.

The company said it expects full-year revenue to be down a high-teen percentage, as it sells fewer products through department stores and off-price retailers. Analysts had been calling for a drop of 25.7%.

Under Armour shares jumped more than 7% in premarket trading.

Here’s how the company did during its fiscal third quarter, compared with what analysts were expecting, based on Refinitiv data:

For the quarter ended Sept. 30, Under Armour’s net income shrank to $38.9 million, or 9 cents per share, from $102.3 million, or 23 cents a share, a year earlier. Excluding one-time charges, it earned 26 cents per share, topping expectations for 3 cents, according to Refinitiv estimates.

Revenue was about flat from a year ago, at $1.43 billion, outpacing estimates for $1.16 billion.

In North America, revenue decreased 5% to $963 million, while international sales increased 18% to $433 million.

Under Armour earnings as of Thursday’s market close are down about 36% this year. The company has a market cap of $6.3 billion.

This story is developing. Please check back for updates.

Ahead of hurricane season and summer storms, be sure you know how weather events are covered by your homeowners insurance
This strategy may help ensure you won’t run out of money in retirement
Want to buy more than $10,000 in nearly risk-free I bonds? Here are a few strategies
More than half of Americans say inflation may have a ‘big negative impact’ on long-term financial goals, survey finds
Why Abby Wambach interrupted an NFL quarterback at a board meeting: When you have ‘the least privilege, speak up’