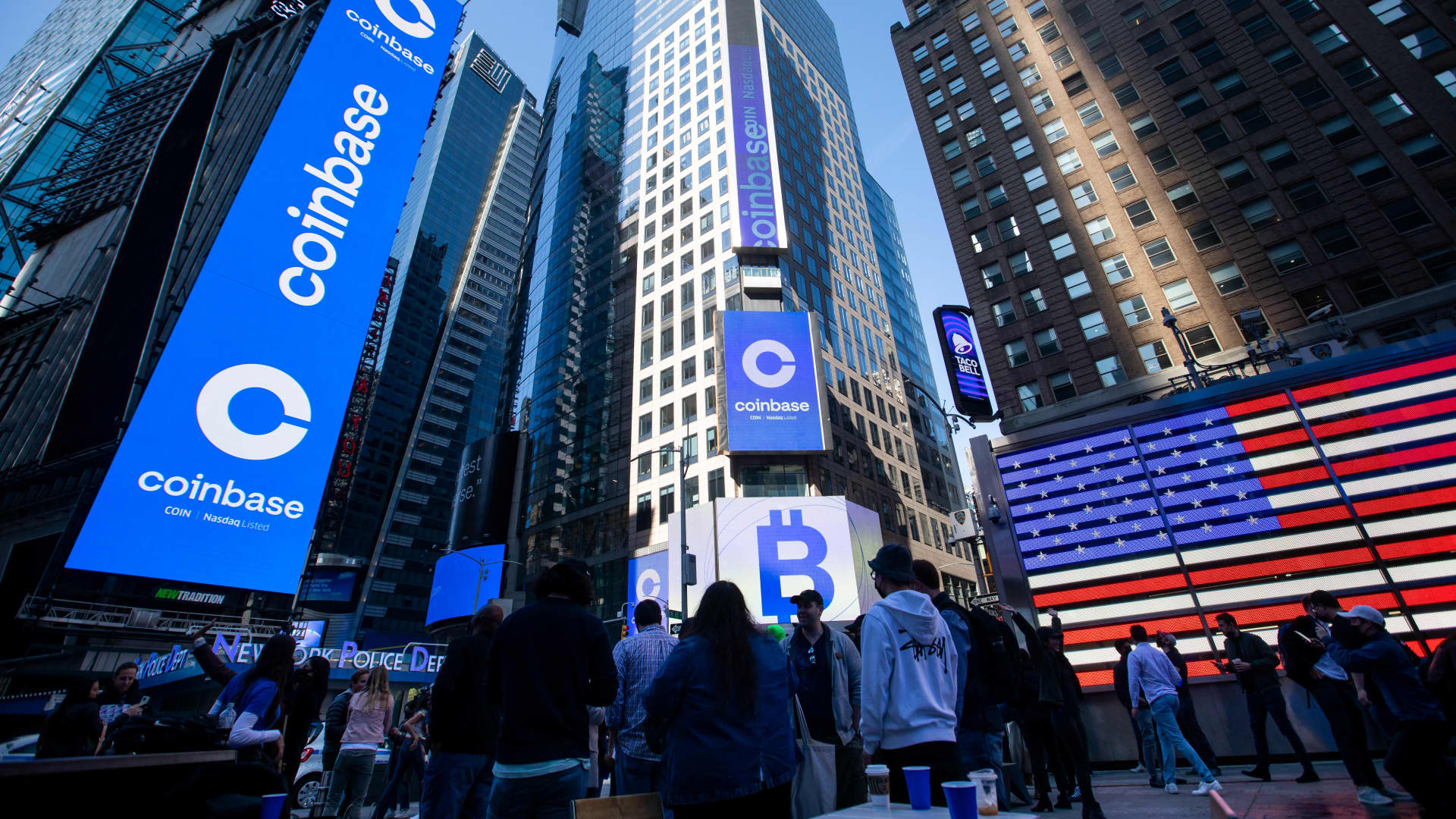 Coinbase reported first-quarter earnings that missed analyst estimates after the bell on Tuesday. Shares fell as much as 19% in extended trading, before rebounding. The stock is now down about 12% after hours.

Here are the key numbers:

Before the report, the stock had lost more than 60% of its value since late March, as a broader slide in tech stocks and the value of cryptocurrencies hit Coinbase particularly hard. Bitcoin dropped below the symbolic price threshold of $30,000 on Monday.

Overall, usage declined from the fourth quarter. Retail monthly transaction users (MTUs) fell to 9.2 million, down from 11.4 million in the fourth quarter, while total trading volume dropped from $547 billion in Q4 to $309 billion.

The company’s revenue dropped 27% from a year ago, and it also reported a net loss of $430 million in the first quarter.

But Coinbase doesn’t appear to be worried about its long-term prospects. The company doubled down on an argument that it has made before, reminding shareholders that its stock should be thought of as a long-term investment due to the volatile nature of cryptocurrency price moves.

“We believe these market conditions are not permanent and we remain focused on the long-term,” the company wrote in a letter to shareholders accompanying its earnings release. It also said that it’s focusing on the next generation of crypto opportunities beyond trading.

“While we continue to invest and enhance our core investment platform, the application era of crypto is upon us, led by NFDs and decentralized finance, and we are increasingly focusing our efforts on these market opportunities.”