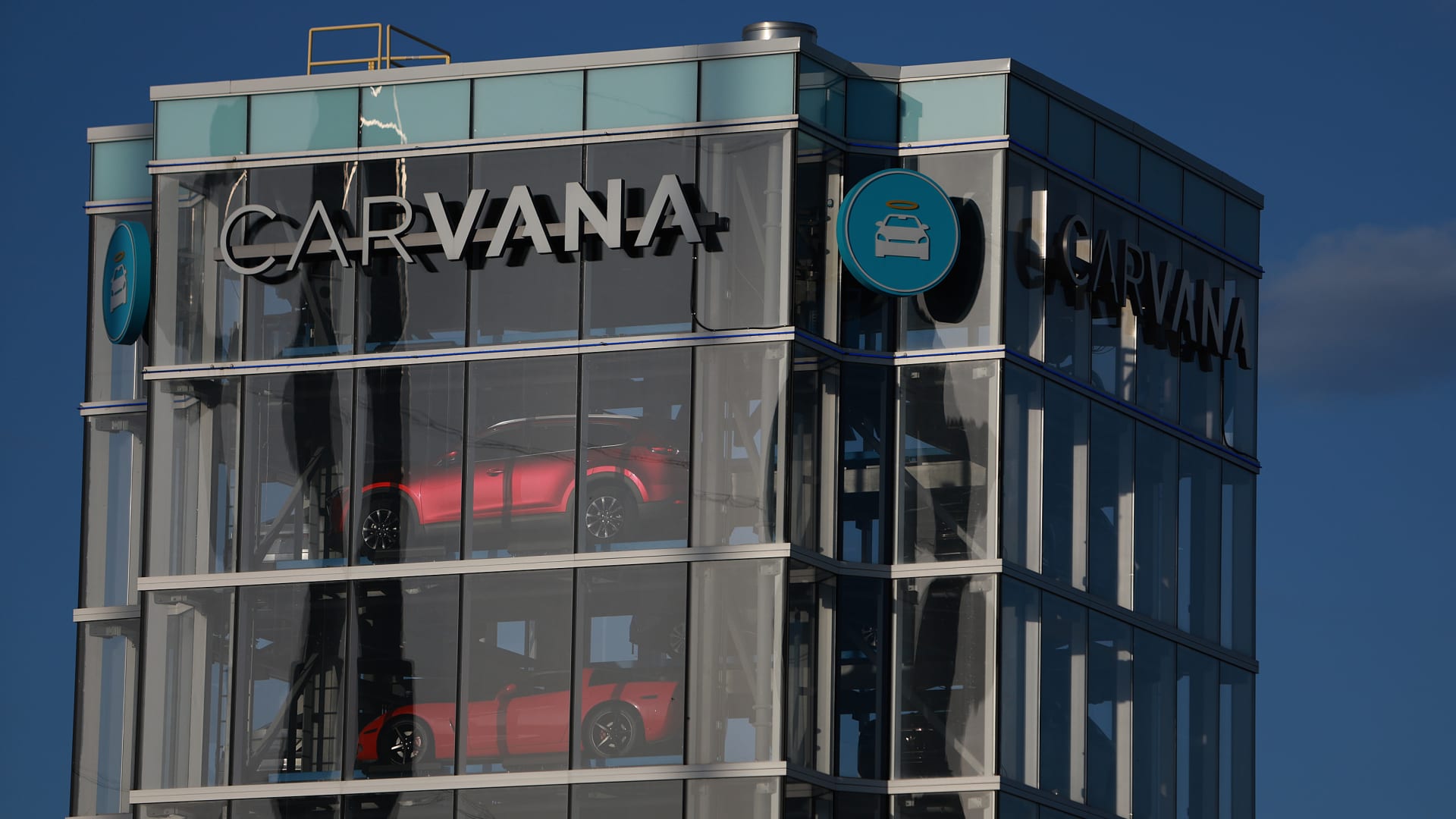 The stock was up about 23% around 11:50 a.m. ET. Trading was halted at least four times Thursday. Carvana’s share price had hit a new two-year low earlier in the session.

Stocks with high short interest are likely to pop in market rallies, as some investors who have bet against these companies are likely to cover their short positions by buying back borrowed stock. This can lead to what is known as a short squeeze.

Nearly 29% of Carvana shares available for trading are sold short, according to FactSet, among the highest ratios on U.S. markets.

On Thursday, the major stock averages cut losses, attempting a comeback from a vicious sell-off led by technology stocks.

Carvana’s surge comes as other names with big short bets against them popped during the session. GameStop, AMC and electric vehicle stocks traded sharply higher.

Carvana, down more than 80% this year, has faced very negative sentiment lately on Wall Street. Carvana received downgrades from the likes of Stifel, Morgan Stanley and Wells Fargo in May.

“Deteriorating capital market conditions and worsening trends in the used vehicle industry have eroded our conviction in the path for Carvana to secure the necessary capital to realize sufficient scale and self-funding status,” Stifel’s Scott Devitt said in a research note Tuesday.

Carvana in April reported disappointing quarterly results with a wider-than-expected loss per share.